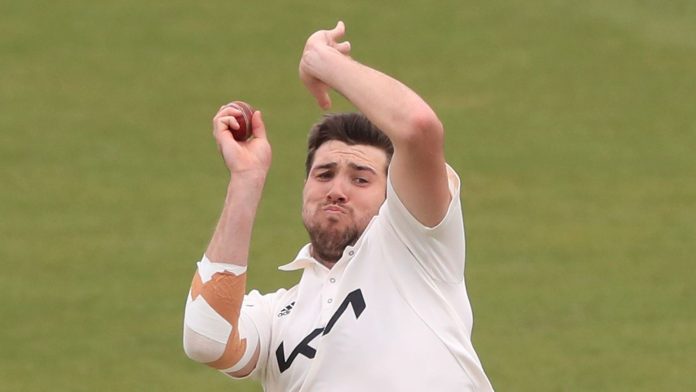 Jamie and Craig Overton could become the first twin brothers to play Test cricket together for England; Watch England take on New Zealand in the third Test, live on Sky Sports Cricket and Sky Sports Main Event from 10am on Thursday, June 23.

England have called up Surrey seamer Jamie Overton to join his twin brother Craig in the squad for next week’s third Test against New Zealand.

The 28-year-old brothers are part of a 14-man squad for the Headingley Test, which gets under way on Thursday June 23, live on Sky Sports Cricket.

England are otherwise unchanged, having defeated the Black Caps by five wickets at Trent Bridge to take an unassailable 2-0 lead in the three-match series.

Should the Overton brothers both make the final XI in Leeds, they would become the first twins to play Test cricket together for England.

Steve and Mark Waugh appeared in the same Australia side, while Hamish and James Marshall both represented New Zealand – and there have also been several instances of female twins featuring alongside each other in Tests.

Jamie Overton – the younger of the twins by three minutes – has been in good form this season, spearheading Surrey’s unbeaten run at the top of the County Championship with 21 wickets at an average of 21.61.

The pair were in direct confrontation earlier this week at Taunton – when Craig, batting for Somerset, had to be withdrawn with concussion symptoms after being struck on the helmet by a bouncer from his brother.

New Zealand batter Devon Conway is expected to be available for the Headingley clash despite becoming the third member of the squad to test positive for Covid-19.

The left-hander must isolate in the build-up to the third Test after a round of PCR tests on Wednesday revealed that he – along with team physio Vijay Vallabh and strength and conditioning specialist Chris Donaldson – had caught the virus.

Black Caps skipper Kane Williamson had to withdraw from the side after testing positive on the eve of the Trent Bridge match.

All-rounder Michael Bracewell also tested positive after displaying symptoms in the aftermath of his side’s defeat, but the rest of the squad returned negative results.

New Zealand have confirmed that the players currently isolating will travel separately to Leeds this weekend and should be cleared to play in time for the start of the Test.

Watch England take on New Zealand in the third Test, from Headingley, live on Sky Sports Cricket and Sky Sports Main Event from 10am on Thursday, June 23.