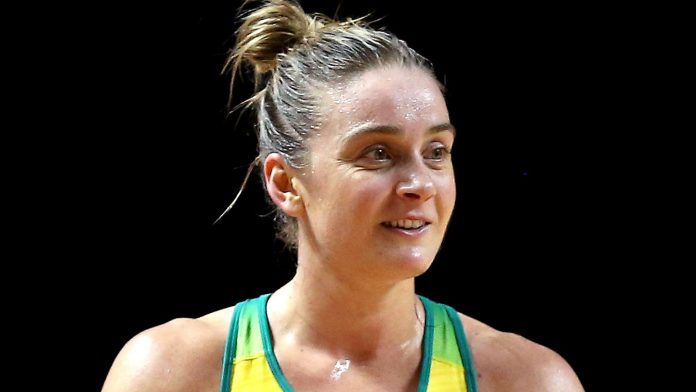 The Commonwealth Games netball competition takes place between July 29 and August 7; the Australian Diamonds are in Group A alongside Jamaica, South Africa, Scotland, Wales and Barbados; the Diamonds are the No 1 ranked side in the World Netball rankings

Liz Watson will lead the Australian Diamonds at the 2022 Commonwealth Games in Birmingham, after head coach Stacey Marinkovich named her squad for this summer’s competition.

The Diamonds are the No 1 ranked team in the world but lost out in the final of the 2018 Commonwealth Games on the Gold Coast.

This year’s competition starts on July 29, with Australia sitting in the opposite group to England – Group A. The Diamonds are alongside Jamaica, South Africa, Scotland, Wales and Barbados.

Diamonds captain Watson and her vice-captain Steph Wood are two of the four athletes who featured in 2018. Jo Weston and Courtney Bruce are the other returnees.

Watson is the most capped player in the squad that has been selected by Marinkovich.

“I am incredibly excited to be playing alongside some of the best netballers in the world, and I can’t wait to see what this team can do in Birmingham,” Watson said.

“We’ve all grown up watching and dreaming about the Commonwealth Games, and we hope to inspire the nation when we step onto the court to represent Australia.”

Brazill, a specialist wing defence, made the decision to step away from her AFLW commitments earlier this year to focus on Commonwealth Games selection. She is one of the parents in the Australian team.

Vice-captain Wood has been selected alongside her Sunshine Coast Lightning team-mate Cara Koenen.

Vixens’ Kiera Austin will make her highly-anticipated return at international level, after tearing an ACL in 2021.

The Diamonds will travel to England with three reserves, including former Leeds Rhinos Netball shooter Donnell Wallam. The outfit will complete training camps in both Perth and Manchester.

“We have such great depth of talent in Australian netball, across every position on the court, and I congratulate the 12 athletes who have been selected to compete at the Birmingham 2022 Commonwealth Games.

“I’m incredibly excited to work with this group of athletes and build on our connection both on and off the court, starting with a training camp in Perth next month.”