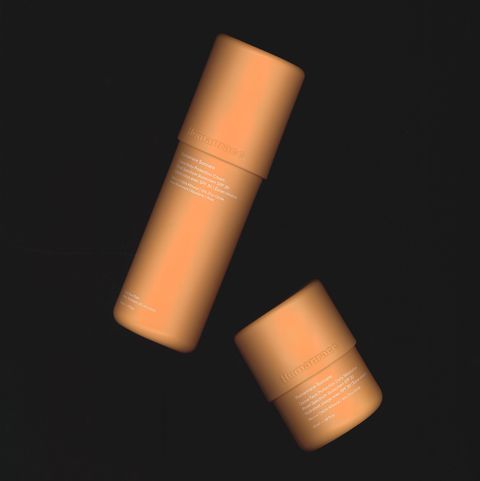 By his own admission, Pharrell used to be just like most people—he didn’t wear sunscreen. “I’ve just been so focused on the three steps of cleanser, exfoliator, and moisturizer for most of my life,” he says over the phone. It was beginning research for his brand Humanrace’s new Sun Care products, launching today, that finally convinced him. “There are so many things that if people knew, they wouldn’t operate the way they do right now,” he says, a statement that can be applied to lots of things but in this case, sun protection. “You just can’t afford to not pay attention. Skin cancer is on the rise and our ozone layer is deteriorating at an exponential rate.”

His revelation not only led him to add daily sunscreen into his personal routine, but also create two new brand new products for Humanrace: Ozone Face Protection Daily Moisturizer ($58) and Ozone Body Protection Cream ($52), both of which provide broad spectrum SPF 30 UV protection from 100 percent mineral zinc oxide. They’re also reef-safe, cruelty-free, and come in refillable bottles. And while sun protection is certainly the most important part of any sunscreen, Pharrell and his co-founder Rachel Muskat weren’t satisfied with just any old goop. There are myriad reasons sunscreen is not most folks’ favorite skincare product, and they set out to solve them all.

The most glaring issue is the dreaded white cast that often accompanies mineral sunscreen and can be especially problematic for people of color. It was important to develop a sunscreen appropriate for all skin tones, he says, “because everybody’s skin is susceptible to the terror that is skin cancer.” Plus, “not having a white cast just allows you to not look like you’ve been embalmed.” I can attest from trying both that neither leave any noticeable white cast, even the slightly heavier body cream.

Second comes the texture issue. Pharrell and Muskat sought to develop formulas that feel more like moisturizers instead of the typical stuff. “Sunscreen should be hydrating and should feel refreshing as it’s protecting,” he says. They achieved this by adding snow mushroom extract, a hero ingredient in Humanrace Humidifying Cream. “It added such a level of hydration that feels good to wear all day,” says Muskat. There’s also ultra-moisturizing squalane and soothing aloe for even more hydration. It took two years until Pharrell and Muskat had a formula that checked all their boxes (including the highest standard in Japanese evaluation as well as in the U.S.).

“You need to wear it every day. It has to be part of your routine.”

With these two game changing products at your disposal, Pharrell’s biggest advice is to actually use them. (Well, any sunscreen, but you’d be hard pressed to find one better than these.) “You need to wear it every day,” he says. “It has to be part of your routine. When people ask me about my skin, there are the things I put on topically, but more important is the routine. You have to make that commitment.” After all, a sunscreen won’t do you any good if it just sits in your medicine cabinet.