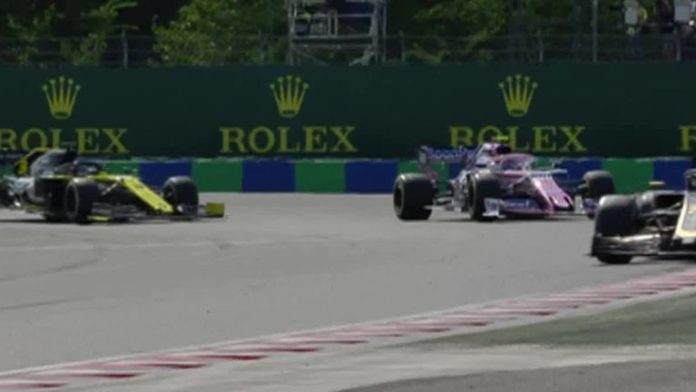 Daniel Ricciardo believes Renault should have more confidence in themselves and their car, as the team bid to turn around their season after the summer break.

The Enstone team have only scored points in half the opening 12 races and are 43 points behind fourth-placed McLaren, who run their engine.

Ricciardo, who joined from Red Bull for 2019, admits that rivals such as McLaren are getting more out of their package at present, but is convinced Renault are capable of achieving similar results when the season resumes at Spa at the end of August.

“Everyone I feel has just been executing a bit more frequently than us,” Ricciardo told Sky Sports F1.

“I still believe that we have got all the tools and the car underneath us to be getting the results that, say, McLaren are getting.

“I think at the moment they can probably execute on a few more tracks than we can, but I feel like when we start the weekend on the front foot we are normally ending there. It’s probably just understanding a bit better to starting position and having a bit more confidence in ourselves.”

Ricciardo cited qualifying in Hungary when he was knocked out in Q1 as an example of how the team can collectively be more decisive.

“A bit like going out so late [onto the track] in Q1, I don’t think we needed to,” he said. “I think we should have had the confidence in the car to get through.

“Just keeping the confidence and spirits up in the team because I think we are good enough.”

Renault’s 2019 ‘well below objectives’
Damagingly, Renault were the only team not to score points across the Germany-Hungary double header, with the weekend at the latter compromised by Ricciardo’s troubled qualifying and then race-day engine issues for Nico Hulkenberg, who had started 11th.

“After a weekend like this part of me is like when it does come good you’ll remember these weekends and remember this feeling,” said Ricciardo. “That’s then what makes the success, or the good weekends, sweeter.”

The 30-year-old added: “Just trying to work through this period. In think the summer break has come at a good time and recuperate.

“I think we’ve got it in us to make the second half of the season better. So we’ll try and do that.”

After dropping to the very back of last the Hungarian grid after Renault took the opportunity to make tactical engine changes on Ricciardo’s car, the Australian battling performance from there was praised by team boss Cyril Abiteboul.

“He still managed to gain several positions and had a good fight with Magnussen until the last corner, showing that he is a fighter who does not surrender,” said the Frenchman.

“His attitude on track must be an inspiration for us as we head towards the summer break, with a first half of the season well below our objectives.”

Don’t miss any of the 2019 Formula 1 season with Sky Sports F1, the home of live and exclusive F1. Find out more here to subscribe