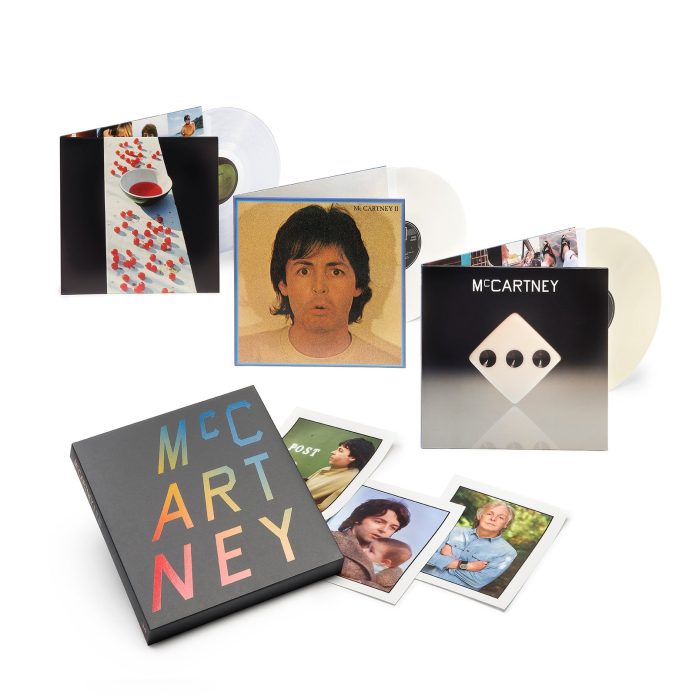 Paul McCartney will reissue his three McCartney albums, I, II, and III, on vinyl and CD on August 5. Each will come with new photo prints and notes from McCartney. Check out an image of the vinyl box set below.

McCartney, who headlines Glastonbury next weekend, released the latest album in the series, McCartney III, in 2020, before enlisting a host of collaborators—Beck, Phoebe Bridgers, St. Vincent, Devonté Hynes, Damon Albarn, and others—for a companion LP, McCartney III Imagined. (McCartney I and II came out in 1970 and 1980, respectively.) Peter Jackson’s Let It Be documentary Get Back came out last year. Read “The Beatles: Get Back Rewrites the Fab Four’s Ending.”