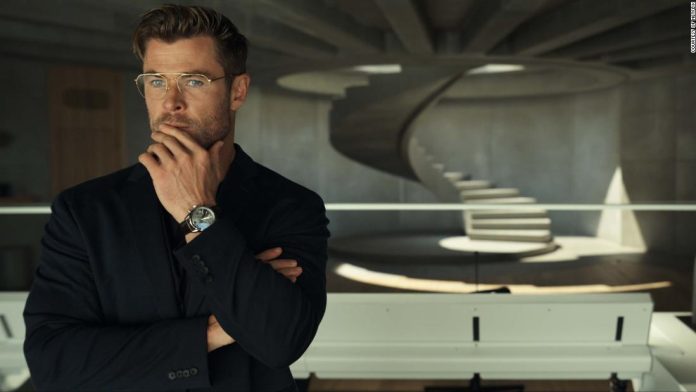 Adapted from a New Yorker short story, the premise involves a near-future penitentiary that doesn’t require any bars, since the inmates are controlled and given the run of the place in exchange for wearing surgically implanted devices that let their keepers control them through mind-altering drugs.
Still, it becomes painfully clear almost immediately that the facility’s proprietor, Steve (Hemsworth, whose “Thor” physique is effectively hidden through wardrobe), is using this space-age innovation to experiment on his charges, employing the tools of a fast-talking salesman to convince them to “honor our arrangement” and that this system is all to their benefit.
It’s not, but the extent to which Steve is transforming them into human guinea pigs comes through slowly, as he seems to be seeking real-world applications of this technology that might extend well beyond prison, in a “Don’t trust big pharma” manner.
Meanwhile, a more conventional bond begins to form between two of the inmates, Jeff (Teller), who seems to be one of Steve’s favorite subjects; and Lizzy (Jurnee Smollett), who like Jeff is nursing scars from the outside world.
Director Joseph Kosinski had time while “Maverick” sat on the shelf to go out and direct this relatively small-boned, almost claustrophobic movie, although with that film still registering big theatrical receipts, it’s hard to imagine his handlers would have chosen this low-key dud — written by “Deadpool’s” Rhett Reese and Paul Wernick but exhibiting little of that franchise’s rambunctious energy — for his next project.
For Netflix, the enticing mix of elements in “Spiderhead” — a truly lousy title, incidentally, the marketability of arachnids notwithstanding — is probably enough to vault the movie into its most-popular tier, which can surely be hailed as some kind of victory by the criteria that the service uses to keep score.
Still, it’s more of a gift to the Netflix marketing department than it is to viewers who brave its web. Because this is one of those movies that’s forgotten almost as soon as it ends, and it doesn’t even require any chemical intervention in order to erase the memory.
“Spiderhead” premieres June 17 on Netflix. It’s rated R.