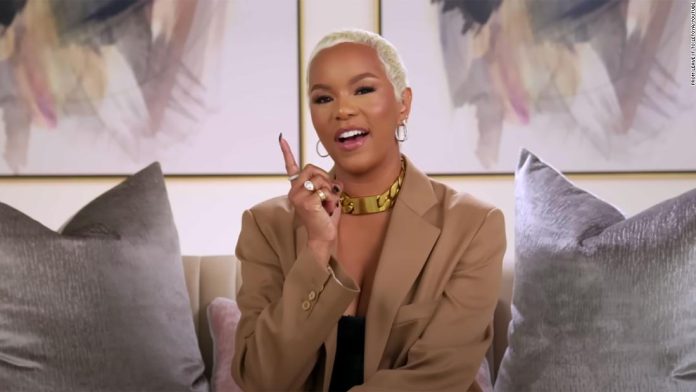 Well, maybe not all of it, but plenty.
The singer, actress and former original member of Destiny’s Child is opening up about her life on her new Kin-produced series which airs on YouTube, Facebook Watch and Instagram.
She told CNN she’s happy to share her life with the public.
“I feel like everybody’s in everybody’s business anyway,” she said. “You might as well tell your story your way.”
That includes talking about her career, which included winning two Grammy awards with Destiny’s Child, a platinum solo album and an acting career that will soon include a role on Starz series “Power Book III: Raising Kanan.”
Navigating her personal life on the show is a bit trickier for the divorced single mother, as she wants to both protect her children and be respectful of her ex-husband, while honoring her journey.
“I do want, especially single moms or just women, period, to know, ‘Hey boo, you can be an entrepreneur, you can be a mom, you can go through a divorce. You can have all these real life things happen and still keep going,'” she said.
As for the ending of her marriage to businessman Tommicus Walker last year and the aftermath, Luckett said it’s been “difficult.”
“it’s tough because, you know, there was so much that you had, so many plans that you made in your head, right?,” she said. “It was one of my biggest dreams come true that I had for my life, the way I saw my life with children and marriage and all these different things. And when it doesn’t work out and there’s kids involved, it can be rough.”
She’s well beyond another prominent breakup in her life.
Luckett and fellow member LaTavia Roberson had a contentious split with Destiny’s Child and their then manager, Beyoncé’s father Mathew Knowles, in 2000.
But Luckett now says that more than 20 years later, she doesn’t mind the continued fascination with her having been a part of the famed girl singing group.
“That was such a huge moment in my life,” she said. “People still love the music, so if people stop asking, I guess that means we are forgotten.”