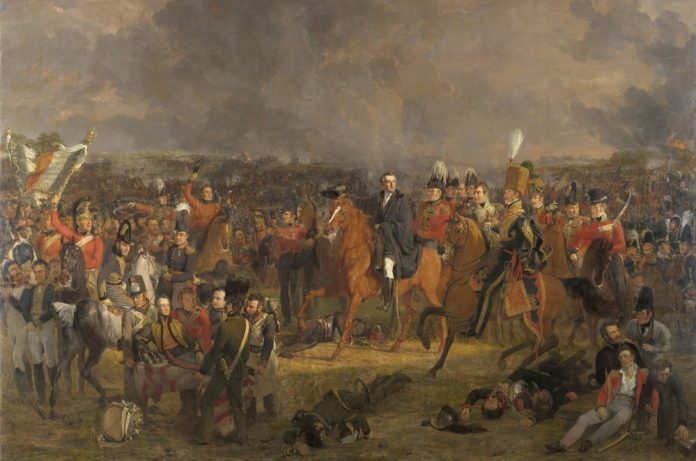 On June 18, 1815, the Duke of Wellington defeated Napoleon’s army at Waterloo, marking the end of the First French Empire. For eight grueling hours, the armies exchanged cannon shots, gunfire and sabre strikes, leaving 50,000 soldiers captured, wounded or dead. The battle was one of the deadliest of the century, but to the bewilderment of archaeologists, only one full skeleton has been found to this day.

In a study published in the Journal of Conflict Archaeology, an expert argues that the bodies haven’t been found because their bodies were used to make fertilizer.

Tony Pollard, author of the study and director of the Centre for Battlefield Archaeology at the University of Glasgow, used written accounts and artwork from early visitors to conclude that deceased soldiers were buried in several mass graves, each containing thousands of corpses.

“The bodies of the dead were clearly disposed of at numerous locations across the battlefield, so it is somewhat surprising that there is no reliable record of a mass grave ever being encountered,” says Pollard in a press release.

Pollard then collated newspaper clippings from the era to demonstrate that people commonly looted human bones and sold them to make fertilizer. For example, one clipping from The London Observer in 1822 estimates that “more than a million bushels of ‘human and inhuman bones’ were imported from the continent of Europe into the port of Hull.”

“European battlefields may have provided a convenient source of bone that could be ground down into bone-meal, an effective form of fertilizer,” Pollard says in a press release. He adds that locals who watched or helped with the burials might have guided grave diggers to the grave sites.

“Many came to steal the belongings of the dead, some even stole teeth to make into dentures, while others came to simply observe what had happened,” Pollard says in a press release. “It’s likely that an agent of a purveyor of bones would arrive at the battlefield with high expectations of securing their prize.”

“On the basis of these accounts, backed up by the well attested importance of bone meal in the practice of agriculture, the emptying of mass graves at Waterloo in order to obtain bones seems feasible, and the likely conclusion,” Pollard concludes in a press release.

But Pollard also acknowledges that written accounts and artwork aren’t the nail in the coffin. Other archaeologists remain skeptical until they see direct evidence at the graves.

“The next stage is to head back out to Waterloo, to attempt to plot grave sites resulting from the analysis of early visitor accounts reported here,” says Pollard in a press release. “If human remains have been removed on the scale proposed then there should be, at least in some cases, archaeological evidence of the pits from which they were taken, however truncated and poorly defined these might be.”

China’s reopening isn’t all good news. Inflation could get a second wind