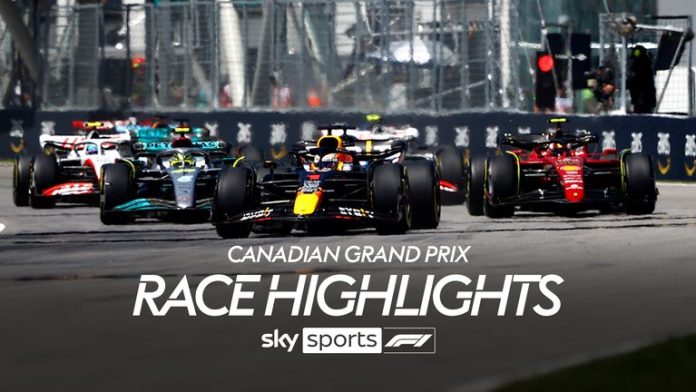 Fernando Alonso was demoted two places following the Canadian Grand Prix after being given a five-second penalty for weaving on track.

The incident involving the two-time world champion on the penultimate lap of the 70-lap was noted by the stewards after Alonso was suspected of making more than one directional change in defending his position from Alfa Romeo’s Valtteri Bottas.

A post-race investigation subsequently determined the Alpine driver, who crossed the line in seventh, to be guilty and Alonso was punished with a time penalty. That, in turn, dropped him down to ninth behind Bottas and his Alfa Romeo team-mate Zhou Guanyu.

“Between turns 10 and 12, on the penultimate lap of the race, car 14 made repeated changes of direction to defend against car 77 who had to lift at one point and briefly lost momentum.

“Whilst noting the driver’s point that at no stage was any point of car 77 alongside car 14, the Stewards consider this to be a clear breach of the above regulation.

“The Stewards therefore impose a five seconds time penalty in line with that imposed for a similar incident in Australia 2022.”

However, Aston Martin’s Sebastian Vettel escaped punishment after being investigated post-race for failing to keep within 10-car lengths of the safety car.