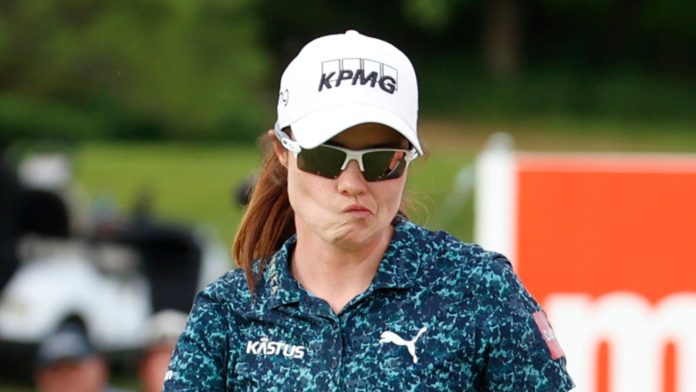 Jennifer Kupcho tapped in for birdie on the second playoff hole to defeat Ireland’s Leona Maguire and world No 2 Nelly Korda; Watch the opening round of the Women’s PGA Championship, live on Sky Sports Golf from 5pm on Thursday

Jennifer Kupcho tapped in for birdie on the second playoff hole to defeat Ireland’s Leona Maguire and world No 2 Nelly Korda to win the Meijer LPGA Classic on Sunday.

The trio went to a playoff, replaying the par-five 18th, after all three carded 18-under-par for the week at Blythefield Country Club in Belmont, Michigan.

Kupcho and Maguire birdied the first playoff hole to knock out Korda and keep going and then, second time round, Maguire watched her three-foot birdie putt lip out to hand the victory to Kupcho.

It marked Kupcho’s second victory of the year after she earned her maiden LPGA Tour title at the ANA Inspiration, the first major of the season.

“I’ve been really close, but this leaderboard was stacked,” Kupcho said. “I think that’s what I’m most proud of, is the players that were up there with me. It was a very close battle to the end, and I’m proud of it.”

Kupcho led after the first and second rounds before Korda slipped past her to take the 54-hole lead. On Sunday, Kupcho shot a one-under 71 with a colorful card that included an eagle, a double bogey, three birdies and two bogeys. Korda, aiming to defend her title at the event, shot a level-par 72.

Maguire joined the party with a fourth-straight round in the 60s, a seven-under 65 with eight birdies and just one bogey. She birdied the 18th to get herself into the playoff.

Lydia Ko of New Zealand shot a 68 on Sunday and finished alone in fourth at 17 under. Tying for fifth at 16 under were Nelly Korda’s sister, Jessica Korda (67), Carlota Ciganda of Spain (67), Atthaya Thitikul of Thailand (68) and Lexi Thompson (70).

It was the final tour stop before next week’s major, the Women’s PGA Championship, where Nelly Korda is the defending champion.

Watch the opening round of the Women’s PGA Championship, live on Sky Sports Golf from 5pm on Thursday.

Protesters use climbing equipment to board ship and scale nearly 400-foot...