Home World Who Were Scotland’s Mysterious ‘Bodies in the Bog’? 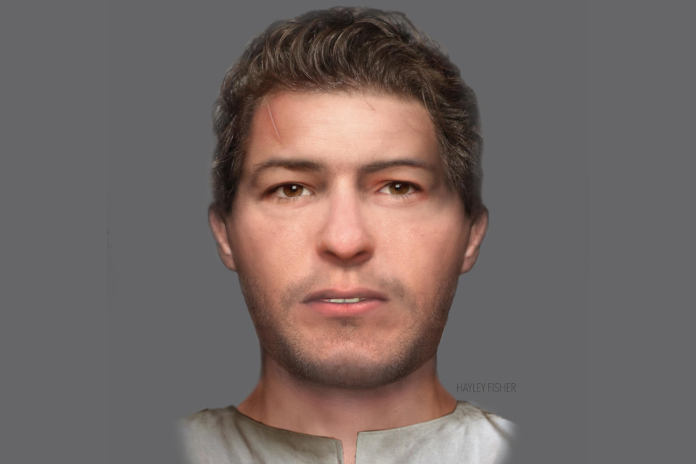 In Edinburgh, Scotland, the remains of an ancient fort in Cramond Village have been subjected to various archaeological excavations — and tourists — since the mid-1950s. But a routine expansion of a parking lot to its north in 1975 yielded an altogether unexpected discovery: a group of skeletons.

The nine adults and five infants were dubbed the “bodies in the bog,” though the term is a bit misleading here. These were not literal bog bodies, which often refers to the human remains found in peatlands or wetland environments where acid and low-oxygen levels can preserve them for hundreds or thousands of years. Instead, Cramond’s skeletons were found in a latrine (bog is a British slang term for toilet) that Roman soldiers likely created around A.D. 140 during their occupation of Scotland.

Because the conditions of this burial site were so unusual, researchers initially hypothesized that the individuals died of the Black Death, a plague that swept through Europe, the Middle East and northern Africa in the 14th century with such speed that many of its victims ended up in mass graves. Radiocarbon dating later revealed that the bodies in the bog are much older — remnants of the sixth or seventh century — but many questions remained.

Now, a consortium of researchers are revisiting the bodies, armed with newer technology, to glean their answers. Analyses of the skeletons’ bone collagen and tooth enamel, published in the journal Archaeological and Anthropological Sciences earlier this year, in particular have provided keen insights into their past diets and homelands. Each new finding is crucial in piecing together a picture of early medieval populations in Scotland, of which comparatively little is known.

“Because of the scarcity of contemporary written sources from early medieval Scotland, we rely on archaeological and bioarchaeological investigations such as this study to shed more light on the lives of the people who lived during this period,” says lead author Orsolya Czére, a doctoral researcher at the University of Aberdeen.

The early Middle Ages were a period of mass migration throughout Europe, despite evidence of such movements being scarce in what is now Scotland. During the sixth century, at least three different groups inhabited the region: the Scotti to the west, Picts to the north and Britons in the south. Cramond, located just south of Pictland, was caught in the crosshairs.

“The middle of the first millennium A.D. was a period of cultural and social transformations in the region,” says Czére. These transformations included the development of more pronounced hierarchical structures, struggles between conflicting political powers and the spread of new ideologies such as Christianity — thought to have been first introduced during the Roman occupation that lasted only a few hundred years. In addition, because each group was prone to raiding their neighbors, the Cramond bodies in the bog may have fallen victim to any of these conflicts.

A reexamination of the bodies (along with around 300 other skeletons from early medieval Scotland) by osteoarchaeologist Ange Boyle at the University of Edinburgh recently uncovered evidence that at least two of them, a woman and an infant, died violent deaths, says Czére. Two additional skeletons, both men, displayed evidence of non-fatal injuries as well.

But it is precisely the tumultuous nature of this period that makes the study of the bodies in the bog all the more worthy of investigation, write the authors of the latest study. Their dietary customs and geographic origins might vastly improve our understanding of the transformations taking place both between and within these warring ethnic groups.

Food and water consumed over the course of a lifetime leave specific chemical signatures in the body, which in turn can reveal much about diet and even the environment that a person grew up in. Czére and her colleagues explored the decades-long dietary trends of the Cramond bodies, namely the types of protein consumed, by analyzing the forms of carbon, nitrogen and sulfur in their bone collagen.

They found that the people shared an extremely similar diet with one another; it consisted mainly of terrestrial food sources such as cattle, pigs, sheep and goats, as well as barley and wheat. This is consistent with other medieval populations from around the U.K., who generally forwent marine food sources, even at coastal locations.

To identify which of the individuals grew up in the Cramond area or journeyed there from farther abroad, the researchers turned to tooth enamel. “Tooth enamel, particularly from teeth which form between around three and six years of age, act like little time capsules containing chemical information about where a person grew up,” said co-author Kate Britton, a professor of archaeology at the University of Aberdeen, in a press release.

This is because the amount of chemicals bioavailable to a person depends on their environment. The strontium values in tooth enamel, for example, originate in nearby soils (and by extension, plants), while oxygen values rely on the type of water or precipitation consumed and can be influenced by factors such as temperature, altitude and proximity to the coast.

The researchers discovered that all the Cramond individuals likely lived locally in their last few decades of life. One of the men, however, had chemical signatures in his tooth enamel that suggested a childhood spent in an inland location — perhaps the Southern Uplands, Southern Highlands or around Loch Lomond in Scotland. Similarly, it’s likely that one of the women was born on one of the isles of the Inner Hebrides — areas that could have been occupied by the Scotti or the Picts — or as far away as Ireland, in areas under the control of the Britons.

“This suggests that movement across the different territories during this politically divided time period was not uncommon,” says Czére, “and these individuals would have been well-connected, having led lives which brought them across the country.”

Theories abound as to how these two globetrotters ended up in a former latrine, hundreds of miles away from home, with perhaps a dozen strangers. Previous research has evoked the specter of a real-life Game of Thrones: that is, a large, noble family (the name of which has been lost to time) living at the site of a royal stronghold alongside ancient warriors. Cramond is, after all, well-situated geographically, with sea routes that might have been crucial for trade. But for now, this remains merely a theory.

In future research, says Czére, the University of Aberdeen is interested in parsing the broader patterns of early medieval movements. Co-author Britton is already leading a larger-scale study, with a particular focus on Pictish archaeological sites, that aims to explore this in greater detail.

And it’s no wonder that the topic has sparked so many archaeological avenues to pursue. “Burials and human remains are often a source of fascination for many,” says Czére, “as they provide a direct link to the past, and can reveal much about the nature of life and death through time.”