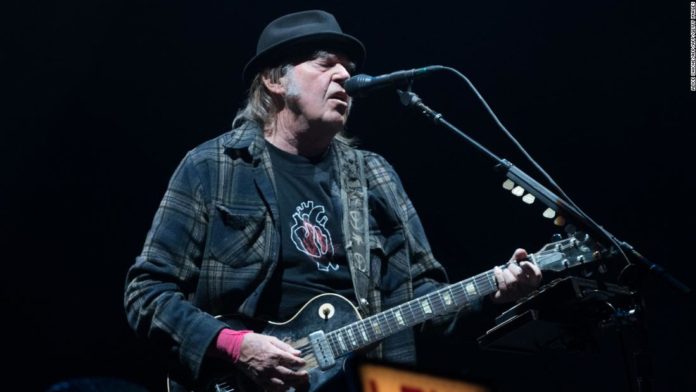 According to the Neil Young Archives website, the singer will release the first single next month, “Rainbow Of Colors.” Songs on the ten-track album will range in length from around three minutes to more than 13 minutes, Young said in his statement.
The album will also arrive alongside a documentary about the making of the album, titled “Mountaintop Sessions” and directed by C.K. Vollick.
“You will see the whole process just as it went down! Worts and all! I don’t think a film about this subject with the openness and intensity we have captured has ever been seen,” Young wrote about the project.
Young last released ‘The Visitor,’ back in 2017. His last album with his Crazy Horse band, ‘Psychedelic Pill,’ was released in in 2012.
About his upcoming project, Young added, “We hope you love this new album as much as we do.”