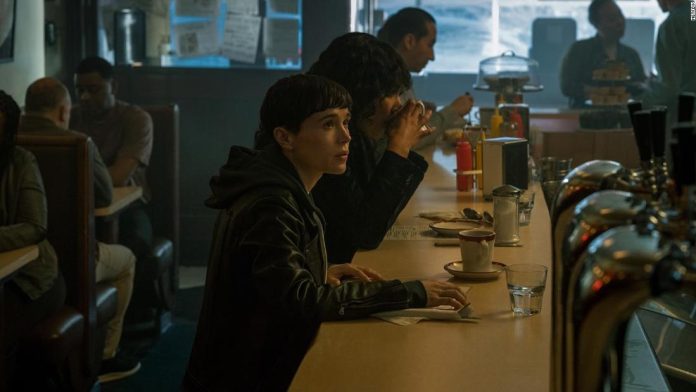 Beyond that, the show descends from its second-season cliffhanger into an ever-more-convoluted world of shifting timelines, battling super-teams and existential dangers, presented with plenty of goofy humor and irreverence but as the strange new elements pile up, increasingly aimed at what feels like a hardy band of loyalists with the patience to keep pace.
Page is reintroduced as Vanya before taking the name Viktor, and the reaction from siblings is woven into that subplot. It’s nicely handled but understandably a rather small part of the show given all the moving and elaborate parts that have to be juggled, particularly with the addition of the Sparrow Academy, another group of very special babies also assembled by the Umbrella gang’s “father,” Reginald Hargreeves (Colm Feore), after their season-two adventures in the 1960s.
The disoriented members of the original team essentially engage in a season-long dance with their alternate-timeline brothers and sisters on a variety of fronts, including an actual dance sequence that underscores the show’s playful tone. The interactions range from hostility and fights to a relationship involving Luther (Tom Hopper) and a Sparrow (Genesis Rodriguez), who one of his siblings derisively refers to as “gravity Barbie.”
Yet once the latest blueprint is established, the assorted subplots yield diminishing returns, indulging in strange detours while building toward the inevitable faceoff with the amorphous threat. Adding a whole new band of characters is a challenge, and the show wrestles with the pitfalls frequently associated with jumping around in time and tinkering with those outcomes and eventualities.
Like almost any genre show, “Umbrella Academy” will continue to have its avid fans, which is a powerful asset in streaming. Yet by way of comparison this batch of episodes pales next to the recent third season of Amazon’s “The Boys,” which demonstrates that it’s possible to adapt edgy graphic-novel material and sustain narrative momentum in a more focused way.
Without spoiling anything, the finish to the third season leaves plenty of room for a fourth, which reinforces a sense that it’s time to begin planning for an appropriate conclusion. Because when an ambitious show like “Umbrella Academy” starts looking as if its best days are behind it, well, when it rains, it pours.
“The Umbrella Academy’s” third season premieres June 22 on Netflix.