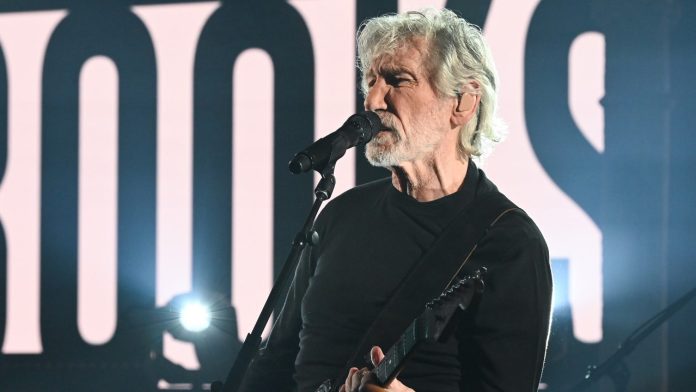 Roger Waters was the musical guest on last night’s episode of The Late Show With Stephen Colbert. Ahead of his upcoming North American tour dates, he stopped by the show for a performance of music from 1979’s The Wall: “The Happiest Days of Our Lives,” “Another Brick in the Wall, Pt. 2,” and “Another Brick in the Wall, Pt. 3.” Watch Waters and his band play the medley below.

In 2020, Waters released the Us + Them concert film. The Pink Floyd co-founder’s last studio album was 2017’s Is This the Life We Really Want?. Last year, Waters claimed that he received a request to have Pink Floyd’s “Another Brick in the Wall” soundtrack an ad for Instagram. “The answer is, fuck you! No fucking way,” he enthusiastically said while telling this story.

Nikole Hannah-Jones on her new Hulu docuseries, “The 1619 Project”

Italian rock band Måneskin on the Grammys and their provocative style