Home World Corporate America is ‘disappointed’ in the Fed for getting inflation wrong, Gary... 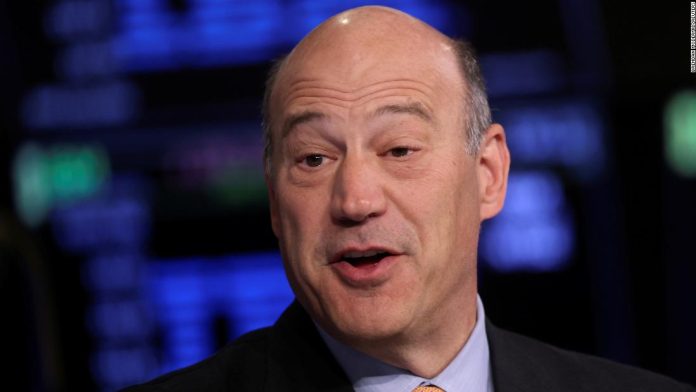 Cohn, who is frequently in touch with CEOs, told CNN that businesses have been experiencing wage inflation and surging input costs for more than a year.
“I think the business community is disappointed in the Fed having taken as long as they did to come to the reality of what the business community saw,” he said.
Cohn, a former Wall Street executive who is now vice chairman of IBM (IBM), said the Fed was “late” to raising interest rates and criticized the central bank for continuing its bond-buying stimulus program “deep into this inflationary cycle.”
“They were behind the curve,” said Cohn, who served as the director of the National Economic Council from 2017 until 2018.
Fed officials initially shrugged off inflation last year as “transitory,” before eventually acknowledging a more persistent and pervasive problem.
“The business community has been seeing real inflation for a long period of time,” said Cohn, who was a top executive at Goldman Sachs before joining the Trump White House. “And I don’t think the business community ever thought it was transitory. I think they thought it was real. And they did not think this was going away anytime soon.”
Now, the Fed is playing catch-up. Fed officials last week announced the biggest interest rate hike since 1994, raising the specter of surging borrowing costs on everything from mortgages and car loans to credit cards.
Asked if Chairman Jerome Powell is still the right man to lead the Fed, Cohn offered little support.
“Look, he is the chairman of the Fed,” said Cohn, who in 2017 was himself a candidate for the position before Trump tapped Powell. “He’s doing his job. You could argue that you disagree with what he did. I disagree with what he did. I think they were late to the game and raising rates. But he is the chairman.”
Cohn noted that Powell is hardly the first Fed chair to face criticism for either keeping rates too low for too long, or failing to cut them fast enough.
Of course, inflation has been aggravated by Russia’s invasion of Ukraine. The war has driven up prices on food, energy and other materials.
“We clearly had inflationary pressures last year pre-war, but the war in Ukraine has clearly accelerated it,” Cohn said.
The Fed declined to comment Tuesday. But at the Wall Street Journal’s Future of Everything Festival last May, Powell said the Fed makes decisions in real-time.
“If you replay last summer, we had a real spike in inflation that began in March, April, May, June of last year, and then inflation came down month after month after month… through the end of the summer,” he said. “So, we were concerned because we saw inflation spreading more broadly, and because we didn’t see supply chain issues improving… We had real concerns.”