Home World Is there any way out of Israel’s neverending election cycle? 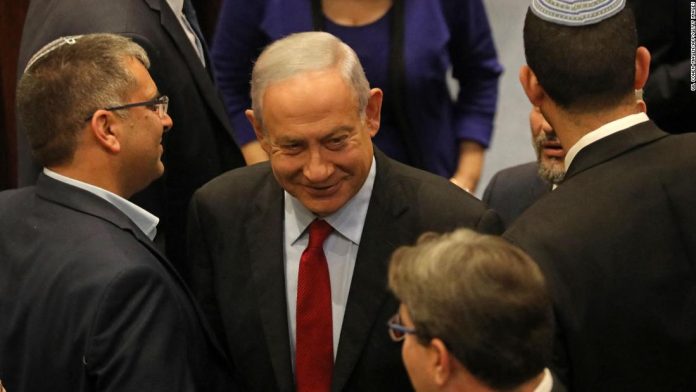 As the Israeli public waits for parliament, the Knesset, to be dissolved next week and Yair Lapid to become caretaker prime minister, Benjamin Netanyahu and his supporters have been celebrating.
A fifth round of elections in less than four years will likely be held sometime in the fall. And despite the fact that Netanyahu is in the midst of witness testimonies in an ongoing corruption trial, he could be back in power in a matter of months.
CNN spoke to Yohanan Plesner, a former Member of Knesset (MK) with the now defunct Kadima party, now president of the Israel Democracy Institute, a think tank in Jerusalem, about what may happen next.
What are the next steps? Is Prime Minister Naftali Bennett’s main coalition partner Yair Lapid guaranteed to become the next premier?
If the bill to dissolve the Knesset passes, then Lapid will automatically become the prime minister until a new government is formed after elections. If the election is inconclusive, and no one is able to form a new government, Lapid’s term in office would continue and the country would head back to another election.
Until the dissolution bill passes, there is still a chance that someone else — Netanyahu, for example — could instead form an alternative government in the current Knesset.
When will elections be held?
Assuming the Knesset votes to dissolve itself, it will also set a date for the election. It will have to be after at least ninety days, and within five months. The coalition and the opposition usually reach an agreement on the exact date, with the most likely options being either at the end of October or the beginning of November.
What path does Netanyahu have to return to power? Can he do so without elections?
To return to power without an election, Netanyahu would need to convince 61 members of the current Knesset to vote in support of a government that he would lead. Given that the six-seat, mostly Arab-supported Joint List have said they will not do so, Netanyahu’s allies would need to convince at least seven additional members of the current coalition to join them. The heads of parties of the current coalition have all stated that they will not do so and would rather head to an election than sit in a Netanyahu-led government.
What are his chances of winning the most seats in the next election?
All the polls are now indicating that Netanyahu’s Likud party will win the most seats in the parliament at around 35 seats in the 120-seat parliament. Israel’s parliamentary system demands that the governing coalition be supported by at least 61 MKs, so winning the most seats does not by itself guarantee that Netanyahu will return to the Prime Minister’s office. For that to happen, the Likud leader needs other right-wing and religious parties, which would support him in government, to poll strongly. Polls indicate that Netanyahu’s ‘bloc’ is currently on track to receive around 58 to 60 seats.
Is there a way out of this endless cycle of elections in Israel?
On average, Israel has held elections every 2.6 years since 1996. This ongoing crisis will not come to an end until Israel’s leaders put their political differences aside and enact long over-due electoral and constitutional reforms, such as making any attempt to initiate early elections dependent on a two-thirds majority in parliament and amending the current law that demands new elections when a budget fails to pass.
What is the root cause of this political deadlock?
This perfect storm of political dysfunction is the result of a systematic failure of our electoral system, coupled with the unique situation in which a candidate for prime minister is on trial and therefore members of his own political camp won’t sit with him in government. It is likely to continue until one of the sides receives a substantial majority in parliament, or Netanyahu decides to take a break from public life until his legal issues are resolved.

Middle East states pressure Biden to come up with strategy to contain Iran
On a visit to Washington earlier this month, Saudi Deputy Defense Minister Khalid bin Salman expressed concerns that the US had still not articulated a comprehensive strategy for dealing with Iran’s nuclear ambitions, ballistic missile arsenal and support for regional militant groups, sources familiar with the discussions told CNN.
Russian Foreign Minister Lavrov due in Iran
Russian Foreign Minister Sergey Lavrov was due to arrive in Tehran on Wednesday to discuss the Iran nuclear deal and the situation in Ukraine, the Russian foreign ministry said. The trip would be his first under the administration of Iranian President Ebrahim Raisi.
Turkish parliament set to debate media bill decried by journalists
Protesters demonstrated in Istanbul on Tuesday against a media bill that Turkey’s government says will fight “disinformation,” but which media rights groups argue will double down on a years-long crackdown on critical reporting.

For years, tourists arriving in Lebanon were used to seeing politically charged tributes to Hezbollah leaders, Lebanese martyrs and even slain Iranian general Qasem Soleimani upon leaving Beirut airport. That’s no longer the case.
Those billboards on the highway out of the country’s only airport are now being replaced with images of landmarks and tourist hotspots.
The project is the brainchild of Minister of Tourism Walid Nassar, who said in an interview with local media that the political banners had not been appreciated by tourists.
Nassar asked the media teams from Hezbollah and its allies in the Amal movement, “with love and respect,” to give some of the advertising space around the highway to promote Lebanon’s tourist destinations “at least for the next four months,” he said in an interview with Al Jadeed News this month. Hezbollah obliged and the new banners came up late last week.
“I never thought I’d live to see the day when Beirut Airport could look so Lebanese,” said a Twitter user.
Reeling from an economic collapse, the government has been trying to put the country back on the tourist map. Secretary-General of the Federation of Tourism Establishments Jean Beiruti told the local MTV channel this month that reservations were picking up in mountainous and coastal areas. “We should congratulate ourselves,” he said.
By Mohammed Abdelbary
The number of Syrian refugees returning to their country from Turkey every week. Turkey hosts around 3.7 million Syrians, the largest refugee population in the world, but worsening public sentiment has led the government to work on plans to send them back.

Alibaba is launching a ChatGPT rival too