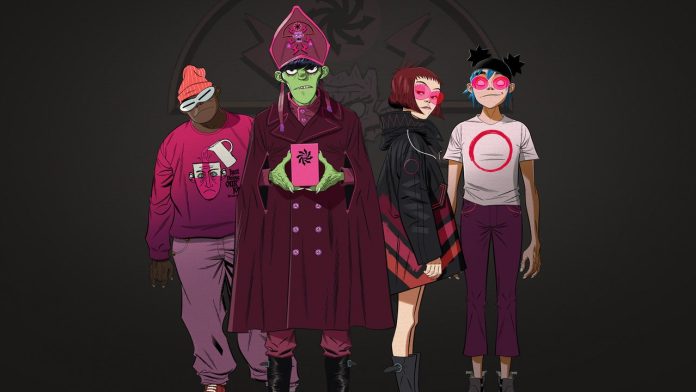 Gorillaz have enlisted Thundercat for the new song “Cracker Island.” The single is produced by Greg Kurstin, Gorillaz, and Remi Kabaka Jr. Check it out below.

The fictional band has lately been asking fans to join something called “The Last Cult,” and cartoon bassist Murdoc Niccals is the cult’s “self-appointed Great Leader,” according to a press release. “It’s nice to be back, I’m well into our new tune, it brings back weird and scary memories of stuff that hasn’t happened yet,” singer 2-D said in a statement.

Gorillaz are currently on tour in Europe; the band begins the North American leg of its tour in September. In 2020, Gorillaz released Song Machine, Season One: Strange Timez. Since then, Damon Albarn has shared the solo album The Nearer the Fountain, More Pure the Stream Flows. Albarn also recently performed with Billie Eilish at Coachella.

Thundercat released It Is What It Is, and, the following year, the LP earned him the Grammy Award for Best Progressive R&B Album. The singer and bassist is also on tour in Europe and he returns to North America in July.

Revisit “Thundercat’s Love Advice for Valentine’s Day” on the Pitch.