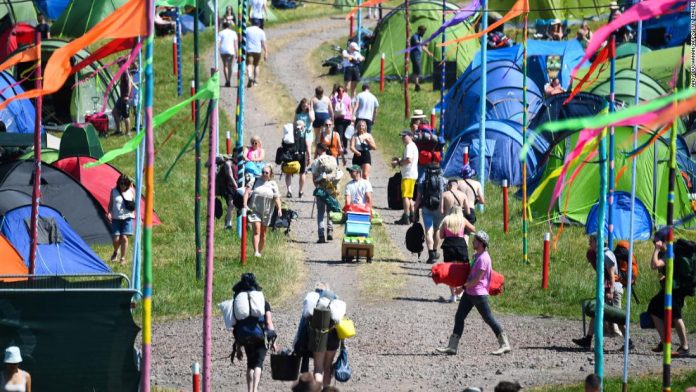 After a two-year break due to the pandemic, massive crowds will return to the fields of the English countryside for the Glastonbury Festival. The diverse lineup of artists performing this year span musical genres and generations.
Billie Eilish, Kendrick Lamar and Paul McCartney will headline the event, while Diana Ross will take the stage for the Sunday Legends slot.
Other artists scheduled to perform include Megan Thee Stallion, Olivia Rodrigo, Pet Shop Boys, St. Vincent, Lorde, The Libertines, Kacey Musgraves, Leon Bridges, Herbie Hancock and dozens more.
A rundown of the performances and times can be found here.
Inside the UK, the festival will broadcast on BBC One, Two, Three and Four. Elsewhere in the world, look for highlights on BBC Music’s YouTube channel.