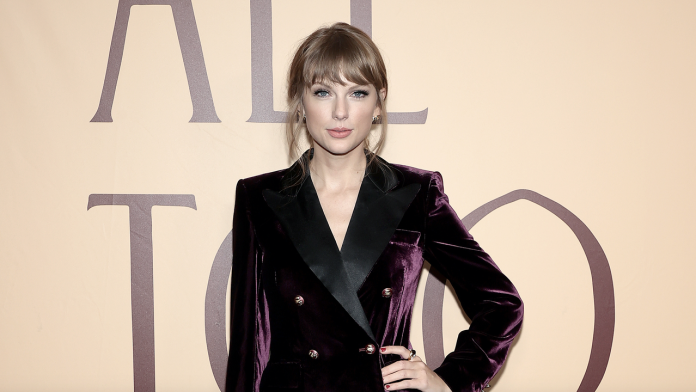 Taylor Swift has released her new song “Carolina.” She wrote the track for Where the Crawdads Sing, a forthcoming adaptation of Delia Owens’ 2018 novel of the same name, and previously teased it in a trailer for the movie. Aaron Dessner produced the track. Give it a listen below.

“Carolina” follows Swift’s 2020 studio albums Evermore and Folklore in 2020. Since sharing those records, Swift has been hard at work on the expansive rollout campaigns for her re-recorded “Taylor’s Version” editions of Fearless and Red. The latter album includes a 10-minute-long version of the fan-favorite track “All Too Well” that went on to set a Billboard record as the longest No. 1 song. This past February, Swift joined Ed Sheeran for a new remix of his = song “The Joker and the Queen.”

On May 18, Swift received a Doctor of Fine Arts, honoris causa, from New York University with the graduating class of 2022. She also delivered a commencement speech for NYU students and guests at the school’s graduation ceremony. In it, Swift touched on how to face backlash, learning to accept being “cringe,” and the challenges that students may face after graduation. “I’m… 90% sure the main reason I’m here is because I have a song called ‘22,’” she joked at one point.

NYU’s Clive Davis Institute recently completed its first-ever class on Swift, taught by Rolling Stone staff writer Brittany Spanos (who has also contributed to Pitchfork). The class traced the evolution of Swift’s career as a songwriter and entrepreneur, discussed the exploitation of youth and girlhood within the entertainment industry at large, examined the politics of race in contemporary pop music, and considered the legacy of country and pop music, among other subjects. The course was chaired by music writer and artist Jason King (who has also contributed to Pitchfork).

At the start of this year, Swift was in the running for Album of the Year at the 2022 Grammys, but ultimately lost to Jon Batiste’s We Are. She was also dragged into headlines by way of a Damon Albarn interview in which the Blur and Gorillaz frontman claimed she “doesn’t write her own songs.” Swift pushed back on Twitter with a short statement, writing, “@DamonAlbarn I was such a big fan of yours until I saw this. I write ALL of my own songs. Your hot take is completely false and SO damaging. You don’t have to like my songs but it’s really fucked up to try and discredit my writing. WOW. PS I wrote this tweet all by myself in case you were wondering 😑.”