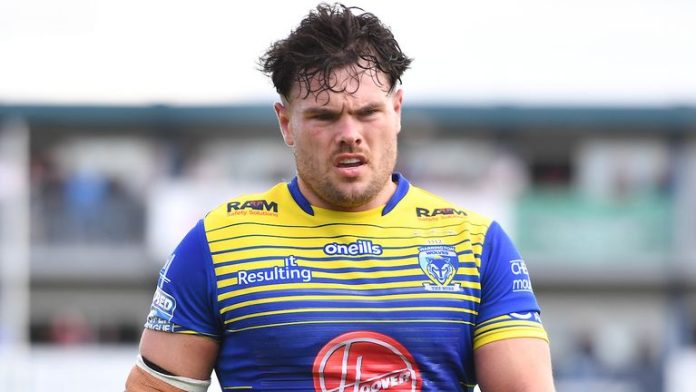 We take a look at what is being said and team news as Warrington face Hull FC and Wigan host Toulouse in Friday’s Super League matches….

Warrington Wolves and Hull FC face off on Friday as both look to bounce back from a run of successive defeats.

The home side will be hoping to get one step closer to securing a play-off spot, while the Black and Whites will be keen to stay secure in fifth place in the table.

After announcing earlier this week that Josh Reynolds had left the club, Hull FC head coach Brett Hodgson revealed he would also be without Carlos Tuimavave and Jordan Johnstone due to injury, with the former out for the season with a ruptured Achilles’ tendon.

However, they will be boosted by the return of Scott Taylor to the side, while Jacob Hookem and Joe Lovodua are in contention to take Reynolds’ half-back spot.

The Wolves will hand a debut to James Harrison as he returns from an ACL injury and NRL signing Thomas Mikaele will play at the Halliwell Jones for the first time.

Kyle Amor will not be present for the Wolves as he is sidelined with a muscle injury but Peter Mata’utia will return after a one-match suspension.

For Warrington head coach Daryl Powell, the home clash gives his side a chance to bounce back and he hopes the crowd will be there to spur them on.

“I know some of the other teams have been off and had some holiday, but for us it has been we need to do some work,” he said.

“The boys recognise that and they are working hard and committed to getting us back on track.

“I think, for me, we just want a real good buzz about the place and we have got to do our job without a doubt.

“I think against St Helens our fans were amazing, there was such a good buzz off the back of it, we are of course going to be driven to win this game and to start to climb our way up the table.

“We need them, we need our fans to be behind us and give us an atmosphere to feed off and we will hopefully feed off them and give them back, and that is what it is all about.”

Wigan are expecting a season-record crowd on Friday evening as they welcome Toulouse to the DW Stadium.

They will also be boosted by a possible return for Kai Pearce-Paul, who is named in the squad after being sidelined for three months as head coach Matt Peet opts for just one change to his squad.

Warriors prop Brad Singleton is prepared for a tough test against a Toulouse side that are fighting for their Super League spot.

“It is tough for Toulouse because no one is going to roll over for them,” said Singleton.

“It is probably the most desperate team in the league isn’t it, they don’t want to go down.

“I would hate to see them go down because I am a big believer in expansion and I believe they bring a lot to the game but I don’t want that against us.”

Wigan are not the only side boosted by returnees, as Joe Bretherton and Guy Armitage are back for the French side.

Lambert Belmas could make his debut for Toulouse at the DW Stadium, while Maxime Stefani also makes his way back into the squad.

Despite some big names back in the squad, Romain Navarrete and Ilias Bergal are ruled out through injury.