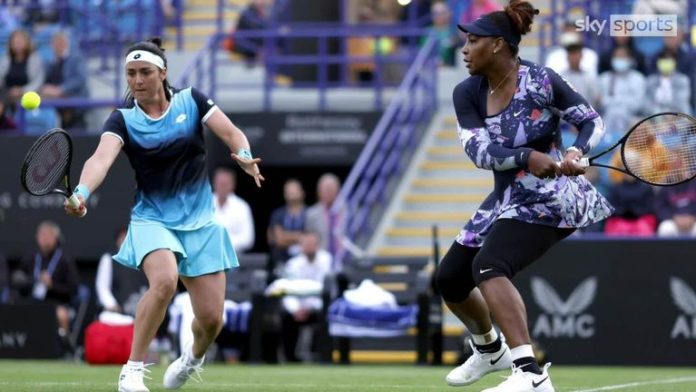 Two-time champion Andy Murray will play James Duckworth in the first round of the 2022 Wimbledon Championships, while fellow Brit Emma Raducanu will start her tournament against Alison van Uytvanck.

Murray has struggled with an abdominal injury leading up to the Grand Slam and he has avoided an opening seed, with his first test next week coming in the form of Australian world No 77 Duckworth.

Raducanu, the 10th seed, has also seen her grass-court preparation disrupted by a side strain – pulling out of Nottingham and being unfit for Eastbourne – but took her place in the draw on Friday and will face the unseeded Van Uytvanck.

Van Uytvanck is ranked 46th in the world and recently won the grass court 125 event in Italy.

The 23-time grand slam singles champion is unseeded having not played a competitive singles match since limping out of last year’s Championships with a hamstring injury, but avoided any of the big names in the draw.

Katie Boulter, who has been in excellent form on the grass, faces France’s Clara Burel while debutante Sonay Kartal meets Danka Kovinic and has the carrot of a potential second-round match against top seed Iga Swiatek.

Second seed Rafael Nadal, who is set to make his first appearance at Wimbledon since 2019 and is halfway to a career Grand Slam, faces Argentina’s Francisco Cerundolo in the first round.

On the women’s side, Williams has got the chance to ease into the tournament against world no 113 Tan while top seed Swiatek opens her campaign against Croatian qualifier Jana Fett.

Murray will be happy with his side of the draw having avoided some of the big names, though a potential second-round meeting against John Isner is on the cards.

If advancing past Van Uytvanck, Raducanu could take on another British player, Yuriko Miyazaki, in the second round,
with Katie Swan also drawn in the same section.

Raducanu, 19, has struggled since her incredible to the US Open title in New York last September.

Wimbledon is back! Join Sky Sports for all the coverage from the All England Club from Monday, June 27, with a daily live blog on our digital platforms plus extensive updates on Sky Sports News.