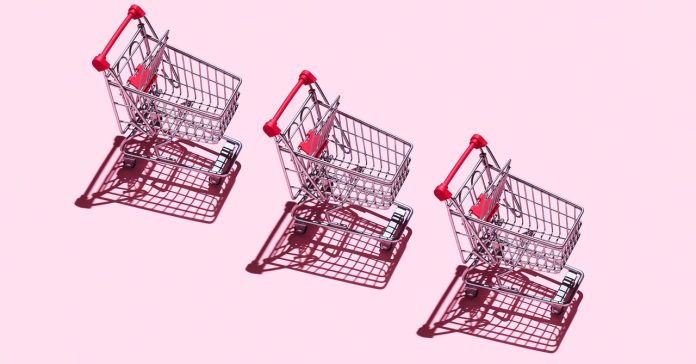 Sebastian Siemiatkowski, the cofounder and CEO of Klarna, looks slightly frayed down the barrel of his webcam as he explains over Google Meet why everything is fine at the fintech despite increasingly frenzied warnings of a looming recession.

Klarna is a European heavyweight, currently the bloc’s most valuable private tech company. Since launching in 2005, the Swedish unicorn has become synonymous with “buy now, pay later” (BNPL), a type of debt popular among Generation Z that enables shoppers to split the cost of their online purchases over several months. The company claims it has 147 million active users across 45 countries.

But Klarna’s dream—to replace credit cards, which Siemiatkowski describes as “the worst form of credit”—is facing a series of existential threats. The company’s workforce is still reeling from layoffs that affected 10 percent of its staff and new regulation which will impose stricter rules on BNPL providers in the UK, one of its key markets. At the same time, BNPL executives told WIRED that investors are losing faith in the sector in the face of a potential recession. “BNPL is relatively new. They want to understand how we’re able to weather that storm,” says Libor Michalek, chief technology officer at another BNPL provider, Affirm. On June 16, The Wall Street Journal reported that Klarna was trying to raise money based on a $15 billion valuation, which would mean it believes the business is worth $30 billion less than last year. Klarna declined to comment on what it called “speculation.”

Siemiatkowski credits changing investor sentiment for the turbulence and a new strategy which will curb its plans to grow. “Six to nine months ago, investors were like, ‘growth is the only thing that matters, just focus on that,” Siemiatkowski says, claiming this was the reason for the layoffs. “We have to recognize that in the last six months, that has changed. Investors now want to see profitability. They want to understand how we’re going to get to profitability as of right now.”

Focusing on short-term profitability will be a swerve in strategy for Klarna. The company’s net losses snowballed to 2.5 billion Swedish krona ($254 million) in the first quarter, four times higher than the same period last year, as it aggressively expanded in the US. “Klarna has been profitable for its first 14 years, but in the last years, we have been investing so heavily in new products and services, and in new markets like the US, we have been dependent on people investing more money in the company,” he says.

Increased competition is also weighing on the company. Siemiatkowski describes Apple’s decision to offer its own BNPL product as validation of Klarna’s concept. But one Klarna employee, who worked on merchant partnerships until they were made redundant as part of the layoffs, described concerns within the company that the market was becoming more and more crowded. “We were always trying to one up our competitors or at least fend them off, because if our competitors also have a presence at our merchants, then we know we’re going to lose market share,” they say.