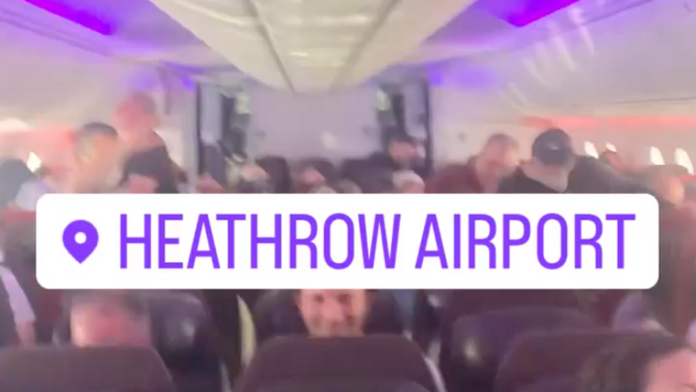 Wolf Alice have arrived in the UK for their Glastonbury set after desperately asking fans for a private jet due to their LA flight being cancelled.

Wolf Alice touched down in Heathrow Airport just hours before their scheduled performance at Glastonbury Festival this afternoon.

They are set to play on the Pyramid Stage at 4.45pm for an hour before Billie Eilish’s headline set.

The “Don’t Delete The Kisses” artists shared the update by posting an Instagram Story from inside of an airplane, with Heathrow Airport tagged as a location this morning.

It comes after the band had previously said they were stranded in Los Angeles after their flight to London had been cancelled yesterday.

Wolf Alice wrote on Twitter on Wednesday: “Has anyone got a private jet in LA?

“Our flight’s been cancelled and we need to get to Glastonbury, not joking.”

The group’s bassist, Theo Ellis, later posted a story on Instagram to say the travel woes had continued.

He asked: “Serious request, everything has been cancelled going out of LAX, we are in desperate need of a flight tonight. Anyone got a private jet?

“Lol but really not. Tryna get to a Pyramid style stage.”

The band had been in the US to support Bleachers on Monday night and then Halsey the following evening.