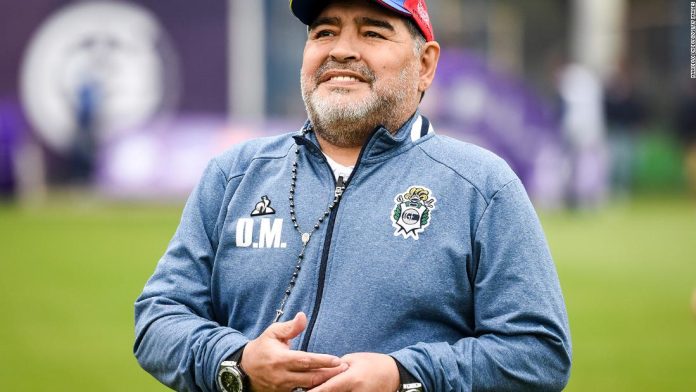 The date of the trial has not yet been set.
Maradona died aged 60 from heart failure in November 2020, the same month he underwent successful surgery for a subdural hematoma, more commonly known as a blood clot on the brain.
Prosecutors allege the eight medical professionals charged in Maradona’s death “violated the duties that each one was in charge of,” which subsequently “led to the fatal outcome of the patient that, otherwise, could have been avoided,” according to court documents.
In his Wednesday ruling, judge Orlando Abel Díaz said the eight defendants had not acted with the “thoroughness” demanded by their positions as medical professionals in charge of Maradona’s fragile health.
The defendants did not take “any saving action” that could have prevented Maradona’s death despite occupying positions of “guarantors” capable of action and being aware of his “situation of risk,” Díaz said.
The defendants’ alleged failure to act according to “good medical practice” fulfilled the legal criteria for “malice” required to charge them under Article 79 of Argentina’s legal code, according to Díaz, meaning they could face eight to 25 years in prison.
In his ruling, Díaz also rejected five petitions for nullities and motions for dismissal by the defendants’ defense attorneys.
The judge also said two of the accused would stand trial to face additional charges. Neurosurgeon Leopoldo Luque faces a charge of using a false private document and psychiatrist Agustina Cosachov faces a charge of ideological falsity, as she is accused of having signed a certificate vouching for Maradona’s mental fitness without visiting him, according to court documents seen by CNN.
Luque’s lawyer told CNN Español that he rejects the charges brought against him and will appeal the court’s ruling.
CNN has reached out to Cosachov’s lawyer but did not receive an immediate reply. In December 2020, Cosachov’s lawyer told CNN that his client “had used her best judgment from a medical point of view.”

‘It turned bad in an instant’: CNN crew has close call in Ukraine as Russian missiles pummel their location

Spy balloon over US is actually ‘civilian airship’ that blew off...

Nikole Hannah-Jones on her new Hulu docuseries, “The 1619 Project”

Italian rock band Måneskin on the Grammys and their provocative style