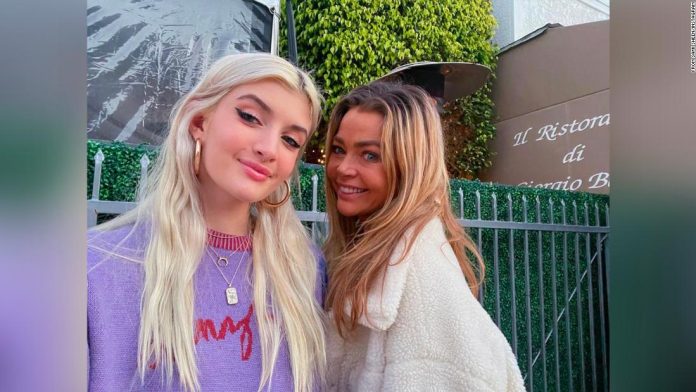 The “Real Housewives of Beverly Hills” alum announced in an Instagram story Thursday that she was the latest member of the subscription-based service.
Sharing a photo of herself posing flirtatiously, Richards simply tagged the OnlyFans Instagram account and added the caption: “Link in bio baby.”
The 51-year-old actress followed up the news with an Instagram video that showed her walking barefoot along a beach, wearing a white dress. The straps of her dress had fallen down her shoulders and she hiked the dress up as she frolicked in the sea.
“Ready…here we go💛,” the “Scary Movie 3” star wrote, adding the hashtag “#onlyfans” and directing her 1.4 million followers to the link to subscribe to her content for $25 a month on her fully verified page.
Richards is following in the footsteps of stars including actress Carmen Electra, singer Aaron Carter and, of course, her 18-year-old daughter Sami Sheen.
Last week, Sheen’s father — Richards’ ex-husband — Charlie Sheen publicly expressed his disapproval of his daughter’s business venture. Sheen is offering her content for $19.99 a month.
“I do not condone this,” the former “Two and a Half Men” star told E! News. “But since I’m unable to prevent it, I urged her to keep it classy, creative and not sacrifice her integrity.”
He added: “She is 18 years old now and living with her mother. This did not occur under my roof.”
But Richards, who also shares 17-year-old daughter Lola with Sheen, insisted that her daughter’s choices did not depend on who she lives with, telling People: “All I can do as a parent is guide her and trust her judgment, but she makes her own choices.”