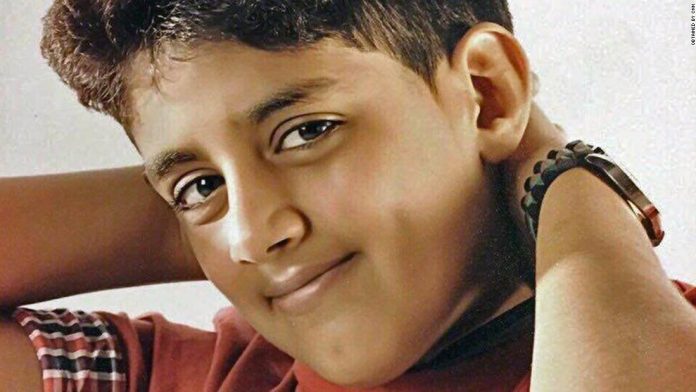 His case was first highlighted in an exclusive CNN report published in 2019, which detailed how Saudi authorities arrested Qureiris when he was 13, three years after he ​​was accused of participating in a bike protest during the 2011 Arab Spring ​at the age of 10. ​
After almost four years in pre-trial detention, before his 18th birthday, he was presented with a charge sheet recommending the death penalty.
Prosecutors alleged that Qureiris belonged to “an extremist terror group” and committed violence during protests, including allegedly helping construct Molotov cocktails. Qureiris denied all of the allegations against him. ​
Qureiris was traveling with his family to Bahrain when he was detained by Saudi border authorities on the King Fahd causeway that connects the two countries.
He was 10 years old when he allegedly committed at least one of the acts in his charge sheet. He was charged with accompanying his activist brother, Ali Qureris, on a motorcycle ride to a police station in the eastern Saudi city of Awamiya, where Ali allegedly threw Molotov cocktails at the facility.
Saudi Arabia announced in 2020 that as part of a royal decree it would abolish the death penalty for people who committed crimes as minors. Anyone who received a death sentence after being convicted of crimes they committed as a minor would receive a prison sentence of no longer than 10 years in a juvenile detention facility, according to a statement from the state-backed Human Rights Commission (HRC) at the time.
In 2019, at age 18, Qureiris was convicted and sentenced to prison, though the Saudi government did not announce the charge or charges on which he was convicted. A source familiar with the matter told CNN at the time that he was officially spared the death penalty.
CNN has reached out to the Saudi government for comment.
A source familiar with the matter told CNN in 2019 that Qureiris was set to be released in 2022.
International pressure started mounting on the kingdom and multiple international rights groups condemned his detention after CNN reported on Qureiris’ case. In 2019, the Austrian parliament voted to close a Saudi-backed center for interfaith dialogue, in protest against the detention of Qureiris.​