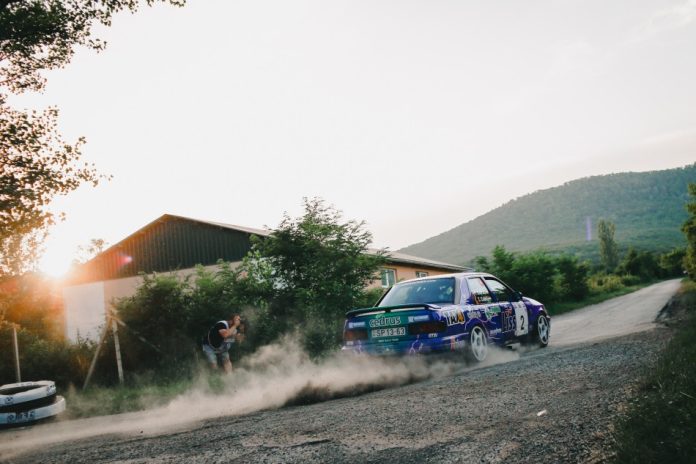 Hungarian crew Tibor Erdi Jnr and Zoltan Csoko finished the opening day of the 55th Mecsek Rallye at the head of the table after posting the fastest overall time on Stages 3 and 4 in the Ford Sierra RS Cosworth 4×4.  Erdi and Csoko are just 6.6s ahead of the Audi quattro of ‘Zippo’ and Denis Piceno after the Italian crew set the pace in the two morning stages.

With Erdi and Csoko out in front, the chasing pack in Category 4 are led by the Lancia Rally 037 of Championship leaders Ville Silvasti and Risto Pietilainen, the Finns trailing the Hungarians by 15.3 seconds. In turn they are 20.1s ahead of the Ford Sierra RS Cosworth 4×4 of Mats Myrsell and Esko Junttila.

The two Toyota Celicas entered on the 55th Mecsek Rallye were both early retirees on the first day.  Vojtech Stajf and Vladimir Zelinka went out of the rally when the no8 Toyota suffered a transmission issue on SS1. The no15 Toyota Celica of Antonio Dezcallar and Bartomeu Fluxa Sureda crashed out also on SS1, with the crew reportedly OK.

Category champions ‘Zippo’ and Denis Piceno finished the day second overall in the no1 Audi quattro and at the head of Category 3.  The Italians received a 20 second penalty for damaging a chicane but are still 49 seconds ahead of the no3 Porsche 911 SC of Karl Wagner and Gerda Zauner, the Austrians finishing the day in 5th overall.

The no18 BMW 2002 Tii of Pietro Corredig and Sonia Borghese finished the day with a comfortable 3 minute 31 seconds lead over the Ford Escort RS2000 of Jesus Eduardo Diez Villarroel and Alejandro Cid Alvarez after the Spanish crew received a 2m20s penalty for arriving 14 minutes late at a Time Control.

The no20 BMW 2022 Ti of Finland’s Sverre Norrgard and Ari Koponen hold the lead in Category 1 after the first four stages with a 1m50s lead over their fellow Finns Jari Hyvarinen and Jarno Ala-Turkia in the no21 Volvo 122.

Day 2 of the 55th Mecsek Rallye will feature a further six special stages to decide who will be heading home with the silverware and maximum championship points tomorrow evening.