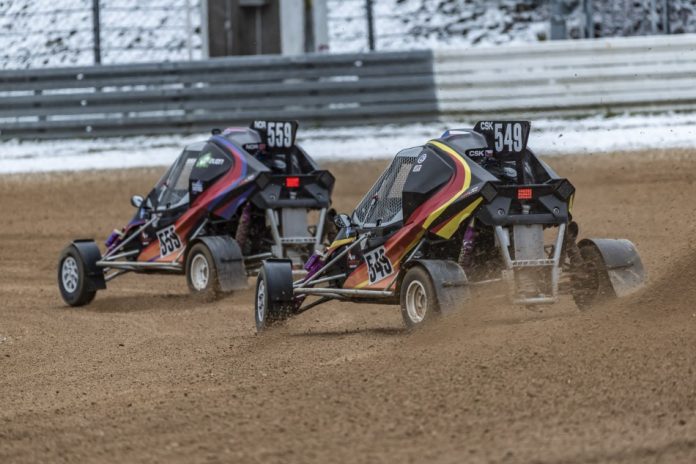 The second season of the FIA’s dynamic new initiative to give an affordable and entertaining entry-level category to young talent off-road begins this weekend in Matschenberg, Germany.

A major focus of the FIA under president Mohammed Ben Sulayem is to reinvigorate the grassroots of the motorsport around the world and bring greater opportunity and diversity to the talent that it serves. Cross Car brings together a talented international field of young drivers between 13 and 16 years of age who are aiming for a career in rally or rallycross competition.

By keeping a firm hand on costs, the FIA Cross Car Academy offers the chance for driving talent to shine by creating performance parity through its ‘arrive and drive’ field of TN5 Cross Car buggies. These vehicles, powered by 690cc, 75hp Yamaha MT07 engines with a sequential 6-speed gearbox, are the ideal proving ground for young talent to shine while also delivering enormous spectacle and sporting entertainment.

Putting the driver first, the FIA Cross Car Academy offers affordable high-performance racing and guidance for the potential stars of the future. They can focus on honing their skills with the support of Belgian preparation experts LifeLive, who construct the field of 20 Cross Car contenders and provide support to the registered competitors in all aspects of their development.

As a measure of how effective this formula is, the inaugural title battle of 2021 went down to the wire in the final event of the season. In the end it was Spanish-Latvian youngster Gil Membrado who came out on top ahead of French challenger Etan Pepujol and the final round winner Karl Peder Nordstrand. The 14-year-old champion beat 15 other competitors through the all-action first year of the series and has used it as a springboard into taking part in Rally4 competition through the build-up to the 2022 season.

This season there is another wealth of young international talent on display. Among the anticipated front-runners are Belgian teenagers Emilien Allart and Romuald Demelenne, Italians Matteo Bernini and Valentino Ledda, Czech hopeful Stanislav Brousek, Germany’s Samuel Drews, Spaniard Miguel Gayoso Vazquez and Norwegian Eirik Sveinsholt. The latest female competitor aiming to follow in the wheel tracks of legends such as Michèle Mouton and Louise Aitken-Walker is Cypriot contender Tara Laconico.

The 2022 FIA Cross Car Academy will be held alongside the senior FIA European Auto Cross Championship on five occasions this year, with a calendar spanning northern and southern Europe.

The FIA’s homepage on the Cross Car Academy with full information about the series and its commitment to grassroots motorsport can be found here (link: https://www.fia.com/news/fia-cross-car-academy-trophy-year-2)

The story of Gil Membrado’s 2021 season can be viewed here (link: https://www.youtube.com/watch?v=yh62Bi-bSDE)

Full information on participating in the FIA Cross Car Academy can be found here: (link: https://www.xcacademytrophy.com/)