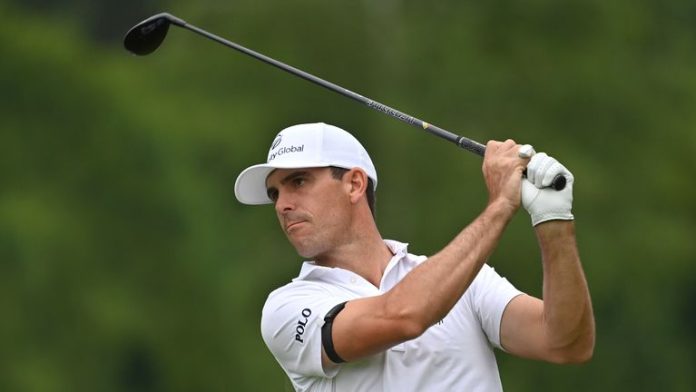 China’s Haotong Li continues to lead the BMW International Open for the third consecutive day and will head into the final round three shots ahead of Belgium’s Thomas Pieters and Englishman Jordan Smith, who remains right in contention going into Sunday

Haotong Li seized a three-shot lead with a fine 67 to head into the BMW International Open’s final round in full control.

The Chinese player has held the lead at the end of every round in Munich, with his 20-under-par score on Saturday leaving him three shots clear of Belgium’s Thomas Pieters.

Li tied the course record with 62 in a remarkable opening round on Thursday, before carding 67 on Friday for a one-shot lead.

Saturday’s third round of 67 handed Li a bigger advantage over the rest of the field. Pieters’ eagle and four birdies ensured he would sit alone in second place, one shot clear of Jordan Smith.

Li had an eagle on the sixth hole for the third day running, this time with a 21-yard chip into the hole, finishing five-under for the day and he would have been another ahead but for a bogey on the 18th.

“Somehow it managed to go in,” he said. “It’s actually a lot [more] comfortable than I thought. Quite surprised. It’s just another perfect day for me.”

Li previously has two wins on the European tour at the 2016 China Open and the 2018 Dubai Desert Classic. The latter win, when he beat Rory McIlroy by one stroke, made him the first player from his country to be ranked in the men’s top 50.

Pieters moved into second with a six-under 66 including an eagle and three birdies on the back nine. “I just look forward to a really lovely day tomorrow and hopefully a lot of birdies,” he said.

Englishman Smith extended a consistent week with his second round of 67, to remain right in contention, just four shots off the lead – while Darius van Driel and Ryan Fox were another stroke back after Van Driel managed the joint-best score of the day with an eight-under 64.