Home Sport Foakes out of Test with Covid-19; Billings comes in for England 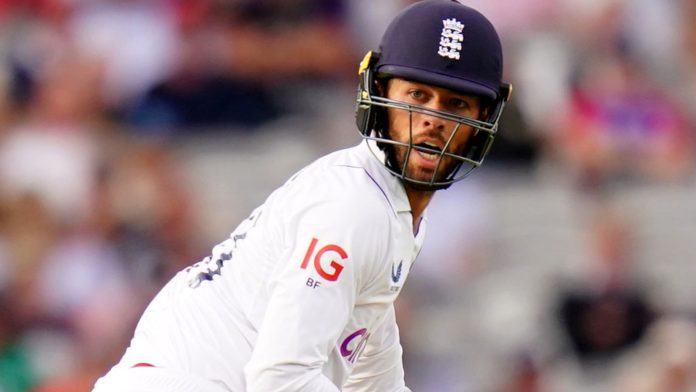 Wicketkeeper Ben Foakes tests positive for Covid-19 and is replaced in England XI by Sam Billings as a like-for-like replacement; no other positive cases in the England camp, with details of Foakes’ return to the England set-up to be revealed in due course

England wicketkeeper Ben Foakes will miss the rest of the third Test against New Zealand at Headingley after testing positive for Covid-19, with Sam Billings called up as a like-for-like replacement.

Foakes was unable to keep wicket on day three due to a stiff back – Jonny Bairstow took the gloves at that point – and he subsequently tested positive for coronavirus after further medical assessment.

There are no other positive tests in the England camp.

Kent wicketkeeper Billings, who made his Test debut in the final Ashes fixture in Hobart over the winter, will take over from Foakes when the fourth day starts in Leeds at 11:00 BST, live on Sky Sports Cricket.

England hope Foakes will be fit for the Test against India at Edgbaston, which starts on Friday.

“Foakes was unable to keep wicket yesterday on day three of the Third LV= Insurance Test at Headingley suffering from back stiffness.

“Details of his return to the England set-up will be announced in due course. However, it is hoped he will be fit for the LV= Insurance Test against India starting next Friday at Edgbaston.

“Kent wicketkeeper/batter Sam Billings, subject to ICC approval, has been drafted in as a like-for-like Covid replacement and will go straight into the XI when the fourth day gets under way from 11.00am. He will keep wicket.

“The rest of the England party follows health protocols of symptom reporting and subsequent testing if required. There are no other positive cases in the camp.”

Watch day four of the third LV= Insurance Test between England and New Zealand, at Headingley, live on Sky Sports Cricket with coverage starting at 10.15am and play getting underway at 11am, on Sunday.