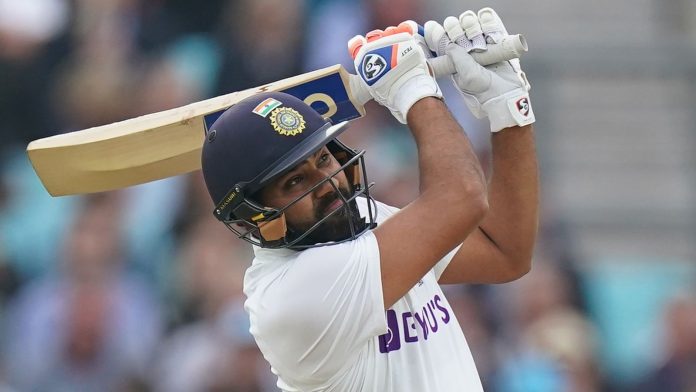 Rohit Sharma is isolating after he tested positive for Covid-19 on Saturday; the India captain is now a doubt for the rescheduled fifth Test against England that begins on Friday at Edgbaston; the match was originally postponed last September due to a Covid outbreak in the India camp

India skipper Rohit Sharma is a doubt for next week’s rescheduled fifth Test against England after testing positive for Covid-19.

Sharma did not bat on Saturday in India’s second innings during their warm-up match against Leicestershire and is now in self-isolation.

The Board of Control for Cricket in India said in a statement on their official website: “Team India captain Mr Rohit Sharma has tested positive for COVID-19 following a Rapid Antigen Test (RAT) conducted on Saturday.

“He is currently in isolation at the team hotel and is under the care of the BCCI Medical Team. An RT-PCR test will be conducted on Sunday to ascertain his CT value.”

Sharma, who scored 25 in India’s first innings against Leicestershire at the Uptonsteel County Ground, has only five days to prove his fitness in time to face England.

The fifth Test was rescheduled for Friday, July 1 after it was postponed last September following a Covid outbreak in the India camp.