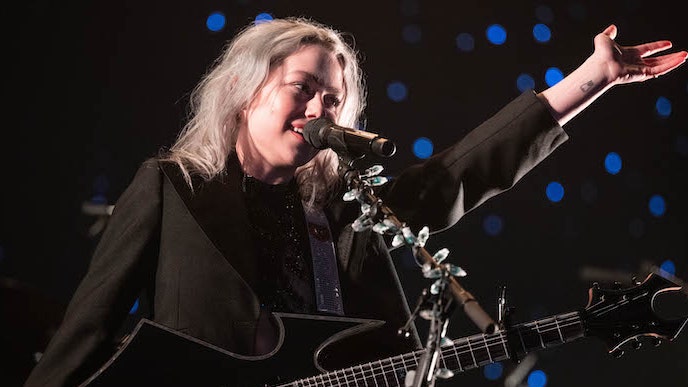 Phoebe Bridgers joined the Jesus and Mary Chain on stage at Glastonbury Sunday night (June 26), making a guest appearance for their song “Just Like Honey” from 1985’s Psychocandy. Watch it happen below.

During her own Friday night Glastonbury set—which happened hours after the Supreme Court overturned Roe v. Wade—Bridgers led the crowd in a chant of “Fuck the Supreme Court.” After a few more dates in the UK and Europe, Bridgers will return to the United States for another handful of shows in August.

The Jesus and Mary Chain, who last issued Damage and Joy in 2017, are currently engaged in a suit against Warner Music Group to retain the copyright to Psychocandy and much of the band’s other earlier material.