Home World Fossils From The Cradle Of Civilization May Be Much Older Than Originally... 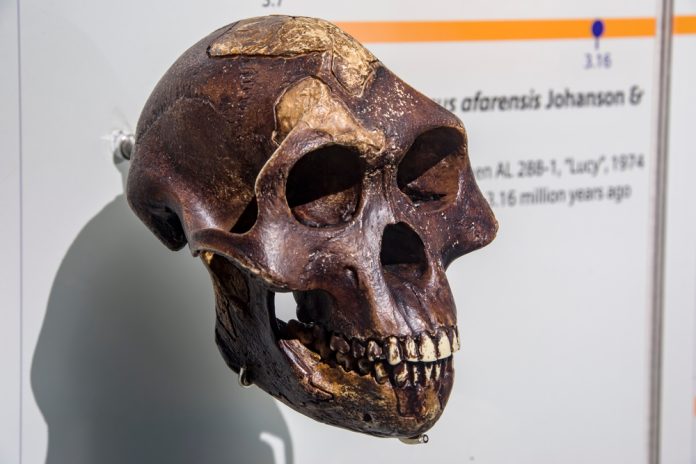 Thanks to newly developed technology from Perdue University, researchers have been able to more accurately date fossils from the Cradle of Civilization, finding that the fossils discovered there are much older than previously thought. The technology was used on fossils and sediment found at Sterkfontein Caves in South Africa — home to famous fossils like Mrs. Ples. With the new dating method, the fossils’ age has been extended by roughly one million years, making them older than Lucy.

Darryl Granger, a professor of earth, atmospheric and planetary sciences in Purdue University’s College of Science, along with an international team of scientists developed the technology. They’ve been working on Australopithecus fossils as well as sediment found in Sterkfontein Caves. Using the new technology, researchers were able to determine that the sediment samples collected from the cave dated about 3.4 to 3.7 million-years-old — previously thought to be 2 to 2.5 million-years-old. This new information helps place fossils like Lucy (3.2 million) and Little Foot (3.7 million) in the mid-Australopithecus era instead of the end (3.9 million) as previously believed.

Some areas of the Cradle of Civilization, such as the Great Rift Valley volcanoes of East Africa, contain fossils and sediment that are easier to date. The layers of ash and sediment have stayed relatively in the same place. However, rocks from different ages have fallen into the cave, along with water and flowstone deposits that mix younger sediment with older sediment. It was once difficult to date the sediments and fossils in caves like Sterkfontein, but thanks to this new technology, researchers can avert those issues.

“Sterkfontein has more Australopithecus fossils than anywhere else in the world,” Granger says in a press release. “But it’s hard to get a good date on them. People have looked at the animal fossils found near them and compared the ages of cave features like flowstones and gotten a range of different dates. What our data does is resolve these controversies. It shows that these fossils are old — much older than we originally thought.”

To get the most accurate readings, Granger and his team date the rock around the fossil — a cement-like mixture called breccia — instead of the fossil itself. The new dating method uses accelerator mass spectrometry to measure radioactive nuclides in the rocks. The team also used geologic mapping and a deep understanding of the way cave sediments accumulate to help determine the age of the Australopithecus-era sediment in the cave.

Granger and the research team at Purdue Rare Isotope Measurement Laboratory (PRIME) Labs determined that these sediments contain cosmogenic nuclides — extremely rare isotopes. These isotopes come from cosmic rays of high-energy particles that can cause small nuclear reactions to rocks on the planet’s surface. Thus resulting in radioactive isotopes within mineral crystals such as the sediments and breccia found in the cave.

Along with determining the new age of the Sterkfontein fossils and sediments, the team was also able to map the cave and figure out how animal fossils of different eras were mixed together during previous excavations in the 1930s and ’40s. This will hopefully eliminate any prior confusion and help scientists get a better understanding of our origins.

“What I hope is that this convinces people that this dating method gives reliable results,” Granger says in a press release. “Using this method, we can more accurately place ancient humans and their relatives in the correct time periods, in Africa, and elsewhere across the world.”

‘We knew we would conquer again’: The Taliban still celebrating a...