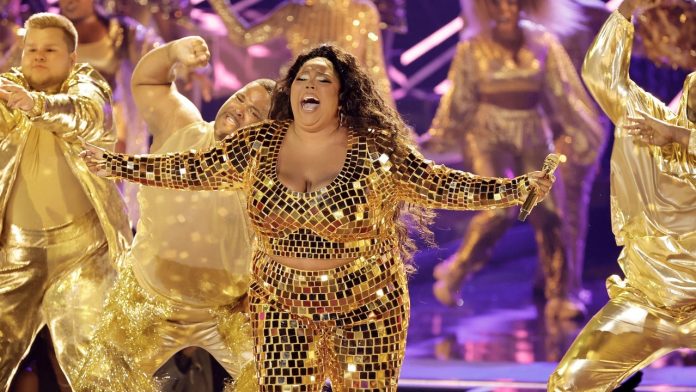 Lizzo took the stage at the BET Awards Sunday night (June 26), performing “About Damn Time” from her forthcoming album Special. She stepped onstage in a gold disco ball–style outfit while playing an extensive flute solo. Watch it below.

Lizzo announced Special, her full-length follow-up to 2019’s Cuz I Love You, in April with the lead single “About Damn Time.” She’s also shared the title track from the album, which she debuted on Saturday Night Live. She most recently issued a new version of her Special track “Grrrls” after receiving criticism for using ableist language in the original song.

Lizzo is set to tour North America with Latto beginning in September. HBO will premiere a Lizzo documentary later this year, but a title and specific release date have not yet been announced.