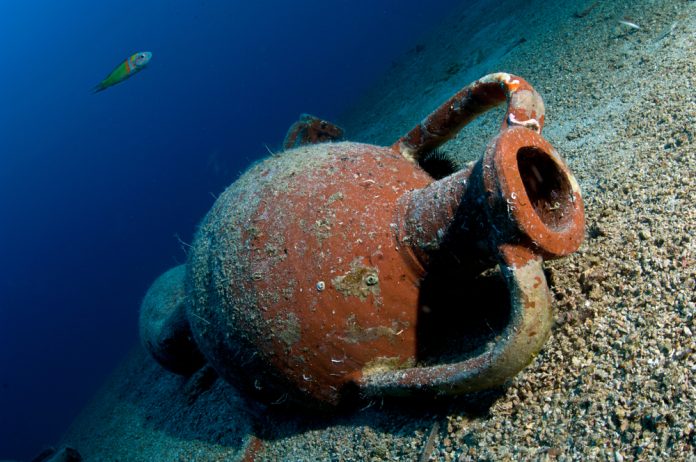 Winemaking in Italy dates back over 4,000 years. The Greeks in the eighth century B.C. dubbed the country ‘Oenotria’ — the land of wine. While we now enjoy Italian wine across the globe, during the Roman Empire, there was a certain import that helped keep the wine safe and may have added flavor to it. A recent discovery of Roman amphorae — wine jars — found that imported pine tar helped keep the jars sealed.

Researchers from Avignon University in France studied three amphorae found in the harbor of San Felice Circeo, Italy — roughly 90 km (about 55 miles) southeast of Rome. From the samples collected, the team identified plant residue, pollen and a combination of chemical markers, providing evidence of grape derivatives and pine in the jars.

Upon analyzing the pollen residue, researchers determined that it was from local plants found in the area. However, the pine samples indicated that the pine resin was most likely imported from Calabria or Sicily.

Thanks to a combination of modern technology and previously recorded historical data, the research team conducted a more thorough analysis of the amphorae. Using multiple methods, the researchers could better understand these historical artifacts.

“If there was a message to be retained from the reading of this article, it would be related to the multidisciplinary methodology to be applied,” the study authors say in a press release. “Indeed, by using different approaches to unravel the content and nature of the coating layer of Roman amphorae, we have pushed the conclusion further in the understanding of ancient practices than it would have been with a single approach.”