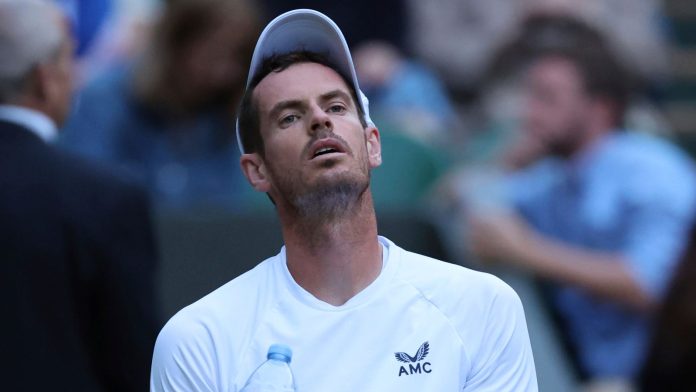 The friendly nature between the former doubles partners may have ended had the Spanish right-hander maintained his level throughout an exciting back-and-forth battle on Court One.

Norrie made sure he prevented any further misery for home players on the third day of the Championships by coming back to triumph in five sets not long after Emma Raducanu had exited in round two to Carolina Garcia.

Ryan Peniston’s impressive summer on British soil is over after he lost in straight sets to American Steve Johnson.

Peniston reached the quarter-finals at Nottingham, Queen’s and Eastbourne but he lost 6-3 6-2 6-4 in the second round on his maiden Grand Slam appearance.

The 26-year-old from Southend was unable to produce the level that had seen him shine in recent weeks, with the big-serving American seeing it out with ease.

The crowd-pleasing partnership of Jamie Murray and Venus Williams headlines the mixed doubles draw at Wimbledon, while Kyle Edmund makes his long-awaited return to tennis.

After Andy Murray and Serena Williams’ attention-grabbing run to the third round in 2019, this time it is the turn of their siblings.

Venus, who is now 42, had said she would not be playing at Wimbledon this year but decided to follow her sister across the Atlantic and will bid to claim a first mixed doubles title at a Grand Slam for 24 years.

Jamie Murray has won five slam mixed doubles titles, including two at Wimbledon – in 2007 with Jelena Jankovic and Martina Hingis in 2017.

They will take on New Zealand’s Michael Venus and Pole Alicja Rosolska in round one while former British No 1 Edmund partners fellow home player Olivia Nicholls against American duo Coco Gauff and Jack Sock.

Edmund has been sidelined since October 2020 with a knee problem that has proved stubbornly difficult to fix.

But this is an indication he is at last nearing full fitness ahead of a hopeful return to singles action later this summer.

Britain’s Neal Skupski and American Desirae Krawczyk, the defending champions, are the second seeds behind Ena Shibahara of Japan and Dutchman Jean-Julien Rojer.