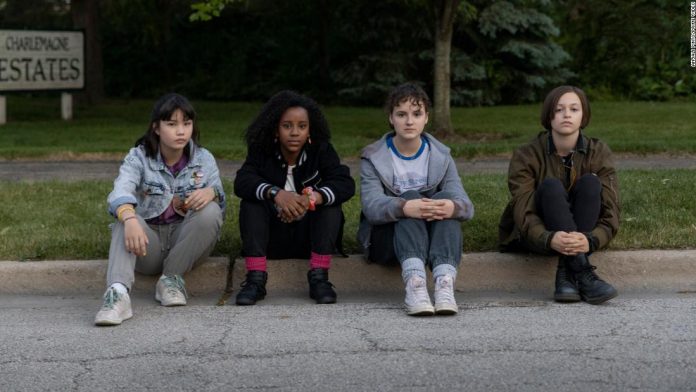 The trailer for the graphic novel-turned-TV series dropped on Wednesday.
The series tells the story of four teen girls who deliver newspapers who end up transported to the future from 1988, unknowingly throwing them into a battle between two warring time travelers.
The show is based on a graphic novel from Brian K. Vaughan and illustrated by Cliff Chiang.
Camryn Jones, Riley Lai Nelet, Sofia Rosinsky, and Fina Strazza star as the teens and Ali Wong plays one of the grown-up versions of one of the characters. Nate Corddry and Adina Porter also star.
All eight episodes will be released on July 29.