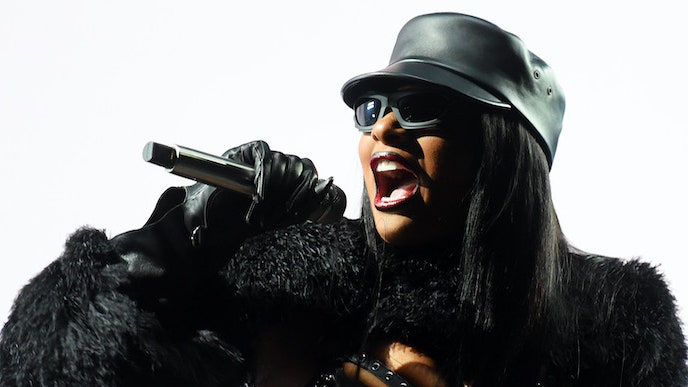 Megan Thee Stallion, Olivia Rodrigo, Phoebe Bridgers, Lorde, and Halsey all spoke out about the overturning of Roe v. Wade over the weekend, joining the outcry against the backslide in reproductive rights.

During her Friday night set at Glastonbury, just hours after the Supreme Court handed down its ruling, Bridgers led the crowd in a “Fuck the Supreme Court” chant; Lorde expressed the same sentiment at the festival on Sunday. Lily Allen stepped on stage to join Rodrigo for “Fuck You” on Saturday, which Rodrigo dedicated to the five Supreme Court justices who ruled in favor of striking down the 50-year-old ruling.

Megan Thee Stallion noted that she was disappointed in her home state of Texas, adding “I just want to have it on the record that the motherfuckin’ hot girls and hot boys do not support this bullshit.” Kendrick Lamar ended his set by declaring “Godspeed for women’s rights; they judge you; they judge Christ” while wearing a crown of thorns designed by Tiffany & Company.

In addition to the Glastonbury takes, Fiona Apple shared her own video statement. “I’m just one of a lot of women who need to keep on expressing that we do not fucking accept this,” she said. On Sunday night, Halsey led “My body, my choice” chant at their headlining concert in Phoenix, Arizona, according to Billboard.

Lizzo has promised $500,000 to Planned Parenthood and other abortion-rights organizations, with Live Nation matching $500,000 of her tour proceeds. Rage Against the Machine have pledged $475,000 of their own ticket sales to reproductive rights organizations in Wisconsin and Illinois.

Check out “Resources to Protect Reproductive Rights After the Overturn of Roe v. Wade.”