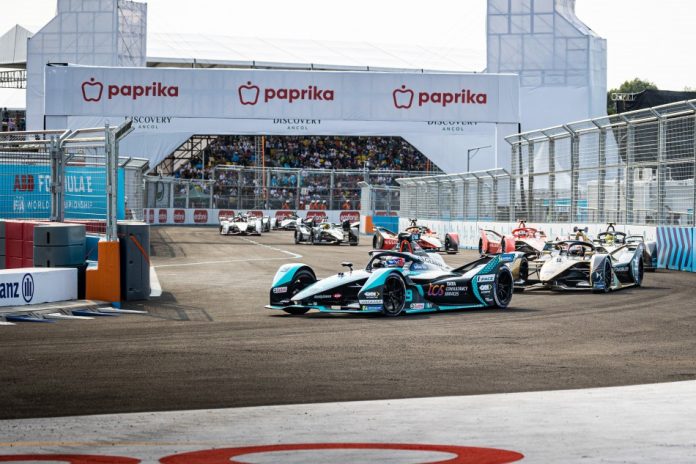 Marrakech’s challenging Circuit International Automobile Moulay El Hassan is next up in the absorbing battle for the all-electric series’ 2021/2022 crown.

With every passing race, the leading contenders for glory in the 2021/22 ABB FIA Formula E World Championship seem to become clearer – and this weekend’s Marrakech E-Prix (2 July) could provide another indication as to the ultimate destiny of the Season Eight laurels.

Absent from the calendar for two years, Morocco makes a welcome return as the ‘Red City’ prepares to host Formula E for the fifth time at the Circuit International Automobile Moulay El Hassan – named after the country’s Crown Prince.

Not far from Marrakech’s famous medina and souks and set against the backdrop of the iconic Atlas Mountains, the fast and technical 12-turn lap stretches for 2.971km as it snakes around the centuries-old walls of the Agdal district. Prioritising precision and energy conservation, it has been the scene of some dramatic Formula E moments in seasons past.

Stoffel Vandoorne continues to lead the way heading to Morocco, having moved to the top of the classification when he won in Monaco – although the Mercedes-EQ man saw his advantage reduced from 12 points to five earlier this month in Indonesia, where his nearest rivals Jean-Éric Vergne (DS TECHEETAH), Edoardo Mortara (ROKiT Venturi Racing) and Mitch Evans (Jaguar TCS Racing) monopolised the podium to close in on the Belgian.

A fifth rostrum appearance of the campaign enabled Vergne to ramp up the pressure, and the Frenchman – who is on the hunt for career crown number three – took the chequered flag third in Marrakech in 2020.

Only two points further back, Mortara is on fine form having not been off the podium since Monaco, while Evans has won more races than anybody else this season – his latest victory achieved courtesy of a well-judged drive in Jakarta.

The leading quartet pulled away from Robin Frijns in Indonesia as the Dutchman failed to score – leaving him 40 points shy of the summit of the standings – but it would be ill-advised to count the Envision Racing ace out of the reckoning, especially considering he scooped the runner-up spoils in Marrakech three years ago.

Di Grassi’s fastest race lap in 2019 has yet to be beaten, while da Costa set a new benchmark in qualifying the following year, going on to dominate the E-Prix to the tune of more than ten seconds – an almost unheard-of margin in Formula E – as he embarked upon a three-race winning streak that laid the foundations for his first Drivers’ crown.

Elsewhere in the 22-strong field, Jaguar TCS Racing’s Sam Bird is a three-time podium-finisher in Marrakech, winding up second in 2016 and third in both 2018 and 2019 – in the latter of those years, having started from pole. The Briton – the third-most victorious competitor in the history of the all-electric single-seater series – has just four points-scoring results to his name thus far this season, so will be fired-up to return to the rostrum at a happy hunting-ground.

Nissan e.dams duo Sébastien Buemi and Maximilian Günther similarly boast excellent previous form in Morocco. The Swiss star – Formula E Champion in 2015/16 – triumphed in the inaugural E-Prix there six years ago and finished second in 2018, with Günther matching that result in 2020.

Mahindra Racing, meanwhile, might have enjoyed only slim pickings in 2021/22 – a seventh place for Oliver Rowland in Berlin last month the highlight of a disappointing campaign to-date – but the Anglo-Indian outfit has an impressive 50 per cent strike rate in Marrakech, achieving back-to-back successes in 2018 and 2019, not to mention pole position and a podium two years earlier. Another champagne celebration this time around would help to elevate the squad up the championship table.