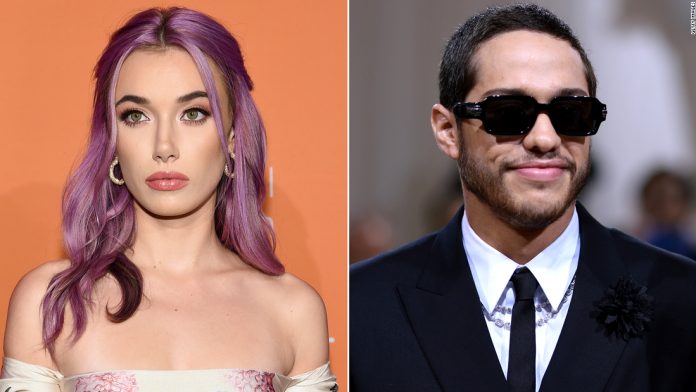 During the “BFFs with Dave Portnoy, Josh Richards, and Brianna Chickenfry” podcast that started streaming Wednesday, Portnoy surprised O’Brien by asking what “was going on: with her and Davidson.
“Where did you hear that?” she responded. “How did you hear that?”
Portnoy pointed to an item on celebrity gossip site, DeuxMoi.
The “Josslyn” singer confirmed that she and Davidson had dated, though she stressed it was “a long time ago” (around October 2020). She described Davidson, who is currently dating Kim Kardashian, as a “nice guy.”
O’Brien said she finds it “annoying” that some men don’t seem to understand the comedian and “SNL” alum’s appeal to women.
“He’s hot and he’s really funny,” she said. “And he’s really sweet. He’s a really sweet guy.”
CNN has reached out to reps for Davidson for comment.