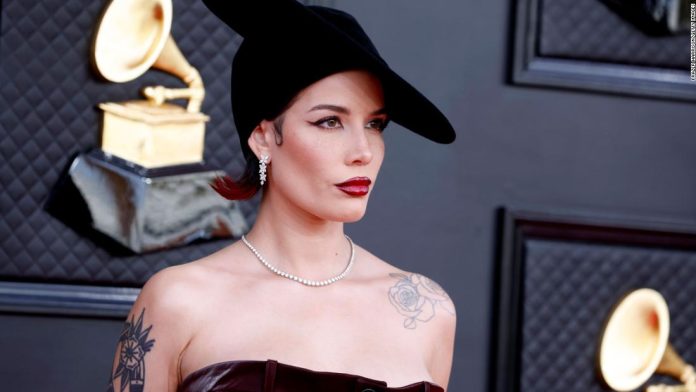 Some people in attendance at Halsey’s Sunday night concert in Phoenix reportedly left following Halsey’s comments criticizing the Supreme Court’s decision to overturn Roe vs. Wade, which protected the right to an abortion.
“The truth is that my heart breaks looking out into this audience because I see so many people who deserve to have incredible lives, who deserve the right to healthcare that they need,” Halsey, who goes by she/they pronouns, said in a video shared on Twitter by someone in attendance. “I don’t want you to ever have to be in a situation where you don’t have access to that.”
They added: “If you don’t like it, I don’t know why you came to a Halsey concert, because I’ve never been shy that this is how [I feel].”
Halsey addressed the topic again at a show in Dallas on Tuesday.
“You are in a building full of 15,000 people,” Halsey said. “So all those strangers that you hear stories about, that you think it doesn’t affect you in your real life, look to the left, look to the right, look in front of you, look behind you. These people who are here, who are singing along to the same songs as you, who are here because they love the same things as you, maybe even you, there are people in here whose lives will be saved because they have an abortion. I can tell you about one that I know for certain. Right here.”
Halsey also encouraged the audience to vote for candidates who support reproductive rights.

Spyware Scandals Are Ripping Through Europe