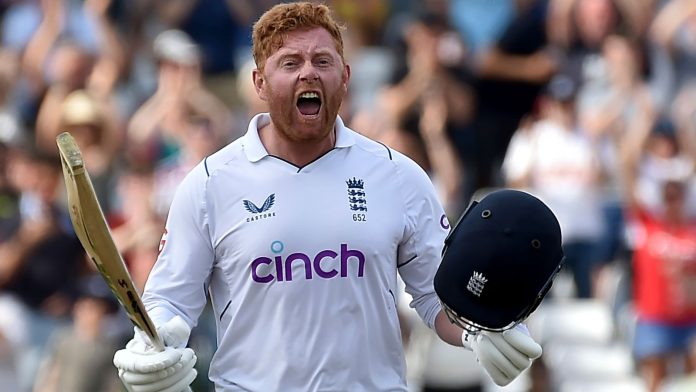 England sealed their first home series whitewash since Andrew Strauss’s all-conquering 2011 team defeated India 4-0 in a four-match series; England scored their runs at 4.54 per over, the second-highest by any team in a Test series of three or more matches, and a new national record

Perhaps one series does not a summer make, but the signs were there for all to see in England’s 3-0 series victory over New Zealand that this could be a new dawn of Test Match cricket, and the statistics back that up.

England sealed their first home series whitewash since Andrew Strauss’s all-conquering 2011 team defeated India 4-0 in a four-match series, and went to No 1 in the world rankings.

Not such giddy heights for Ben Stokes’s charges quite yet, but over the course of the three Tests England scored their runs at 4.54 per over, the second-highest by any team in a Test series of three or more matches, and a new national record.

Highest RPO in a series

It was a massive jump up from their other previous series, and pretty much 50 per cent up on their scoring rate in the four Tests against India last year:

Jonny Bairstow was the headline act with the bat, narrowly missing setting England records in both the second and third Tests. At Nottingham his century came from just 77 balls, one more than Gilbert Jessop took against Australia at The Oval in 1902. At Leeds he reached his 150 in the first innings from 144 balls, with only Ben Stokes’s 135-ball effort at Cape Town in 2016 faster for England. In the second innings he reached fifty from 30 deliveries, two outside Ian Botham’s national record set against India at Delhi in 1982.

England became the first team to successfully chase more than 250 three times in the same Test series. The only previous series that even had three chases of at least 200 was between Australia and the West Indies in 1951/52. The only comparable effort was by Australia, who over the course of five Tests in early 2006 chased 288 to beat South Africa at Sydney, 294 to beat South Africa at Johannesburg and 307 to beat Bangladesh at Fatullah.

In Test history, there have been 7604 innings to have lasted at least 50 overs. This series, England provided three of the fastest seven of those:

Jonny Bairstow’s 394 runs came at a strike rate of 120.12. No-one has ever scored more runs in a Test series at a better strike rate.

Spare a thought for Daryl Mitchell. He scored more runs than any other New Zealand player ever has in a single series against England, and he faced 1417 balls in partnership with Tom Blundell, adding 724 runs in six innings.

This is the first time that a team who have been swept in a three-match series have boasted both the leading run-scorer in Mitchell and wicket-taker in Trent Boult, with 16. The closest was when Pakistan defeated Bangladesh 3-0 in 2003 when Habibul Bashar scored 379 runs and Mohammad Rafique was the joint leading wicket-taker with Pakistan’s Shabbir Ahmed with 17.