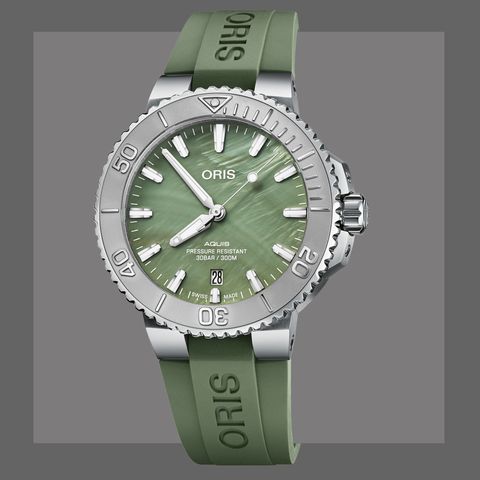 Looking over the side of the Staten Island Ferry as it booms its way across New York Harbor, you’d be forgiven for thinking not much of anything edible lives below the murky waters. Yet historically, just a few centuries ago, the vast shallow waterway was once home to 220,000 acres of oyster reefs, a resource that fed New Yorkers with what was—before it became a posh delicacy—once a plentiful and cheap form of fast food.

In 1972, the Clean Water Act prohibited the dumping of sewage and chemical waste into its waters, and the Harbor’s water began a long bounce back; marine life began to repopulate it around 2000. Things have improved sufficiently for a pioneering New York non-profit organization—the Billion Oyster Project, based on Governor’s Island—to plan to rebuild New York Harbor’s oyster population, with a billion oysters by 2035.

Far from being just a potential food source, the humble oyster has unique environmental properties. A single oyster can filter up to 50 gallons of water a day, making it the subaquatic equivalent of trees in a forest. Oyster beds also offer shelter to other marine life and even provide viable protection against storm surges.

What has all this to do with watches, you may well ask? Celebrated Swiss dive watch brand Oris, which lives for anything under the waves, especially with an environmental angle, has this week teamed up with Billion Oyster Project and launched a special limited 2,000-piece edition of its Aquis diver. The steel 41.5mm automatic watch in this special edition comes with a unique green mother of pearl dial that echoes both the color of the harbor’s water and the oysters that once thrived in it. The watch, like other Aquis watches, is rated to 300m and has a 38-hour power reserve. It comes with a matching rubber strap, a metal bracelet, and a handy tool to switch them out. And the sapphire crystal has double-sided anti-reflective coating to see the pearlescent green dial—each one different from the next—that much better.