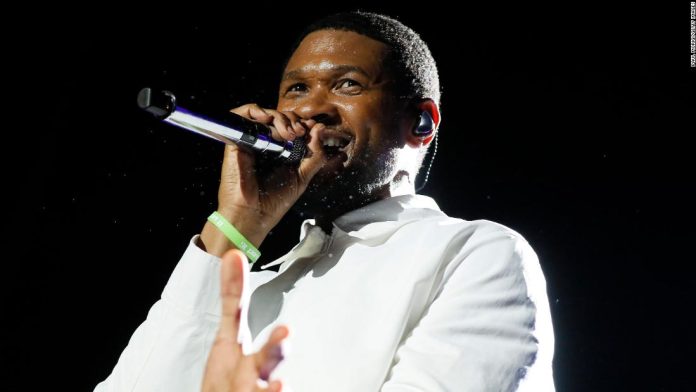 Backed by his band, the R&B singer performed a stripped-down set of his hits, including “You Make Me Wanna…,” “U Don’t Have to Call” and “Confessions Part II.”
“Being able to sing and just be joyous, there’s something about that that just ties us and brings us together,” Usher said to the audience, who appeared to join in the chill, happy vibes.
The performance marked the first filmed in-person in more than two years for the ongoing NPR series due to the pandemic.
Acknowledging his band, Usher said he was happy to have the opportunity to celebrate his fellow musicians.
“If life has taught us anything, it’s that we should share with each other. Not just the music but understanding that life is a collaborative process,” Usher said. “Being able to lift each other up, stand with each other, you know. It’s what life is really about.”