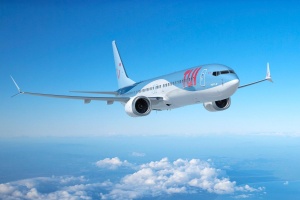 TUI has again repaid state aid from the Corona programme and also further reduced its credit lines. On June 30, 2022, Silent Participation II of 671 million euros was repaid in full, plus interest due, to WSF (Economic Stabilisation Fund). The repayment was made with the proceeds from the successful capital increase in mid-May and from cash funds. Including interest, TUI repaid 725 million euros to WSF. Due to the continued very good operating business, the existing and currently undrawn KfW credit lines were also reduced from 2.4 to 2.1 billion euros as previously announced.

TUI is gradually repaying the loans from the Corona period. With the repayment of Silent Participation II to WSF, we are continuing on the path of debt reduction as planned in order to strengthen the balance sheet and align TUI for the period after the Corona pandemic. Operationally, we continue to see a strong summer business. Therefore, TUI is on its way back to being a normal company. This was stated by Fritz Joussen, CEO of TUI Group, and Sebastian Ebel, CFO and designated CEO from October 1, 2022, in Hanover.

After the repayment of the Silent Participation II and the reduction of the KfW credit lines, the following state aid still exists:

TUI Group is considered the Europe’s Leading Tour Operator 2021 by voters at the World Travel Awards.