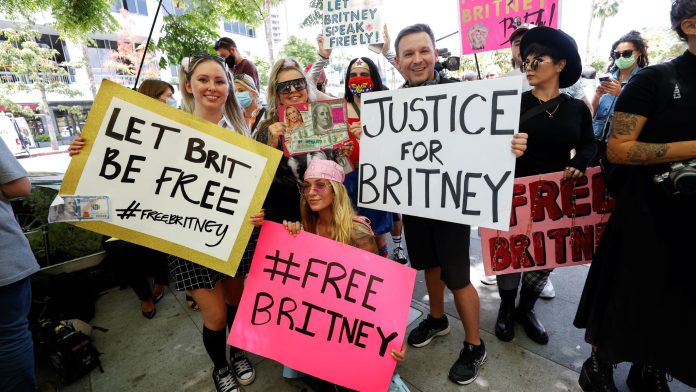 Britney Spears’ father has denied claims he set up hidden recording devices in her bedroom during her conservatorship.

Jamie Spears had been accused of planting the devices during the months of testimony that led to the end of his control over his daughter’s estate.

He allegedly hid a device in Britney’s room behind furniture, along with an extra battery pack to allow for longer periods of recording.

Former FBI agent Sherine Ebadi accused Mr Spears of “unconscionable violations” of his daughter’s privacy, and encouraging others to do the same.

In a new court filing, Mr Spears has denied the accusations.

“I am informed of the allegation by Britney’s counsel that a listening device or ‘bug’ was placed (in) her bedroom as surveillance during the conservatorship,” he said.

“This allegation is false.

“I never conducted or authorised any surveillance of Britney’s bedroom at any time, including during the conservatorship.”

Lawyers called the allegations “salacious and false” in a separate filing.

Britney, 40, was freed from her controversial conservatorship in full last November – an arrangement that saw Mr Spears control his daughter’s finances and personal life for more than 13 years.

The singer later criticised her family in testimony and social media for their lack of support during the period, taking particular aim at her father’s role.

Last month, she married Sam Asgahri, 28, at their home in Los Angeles, which was attended by celebrity guests including Madonna and Selena Gomez.