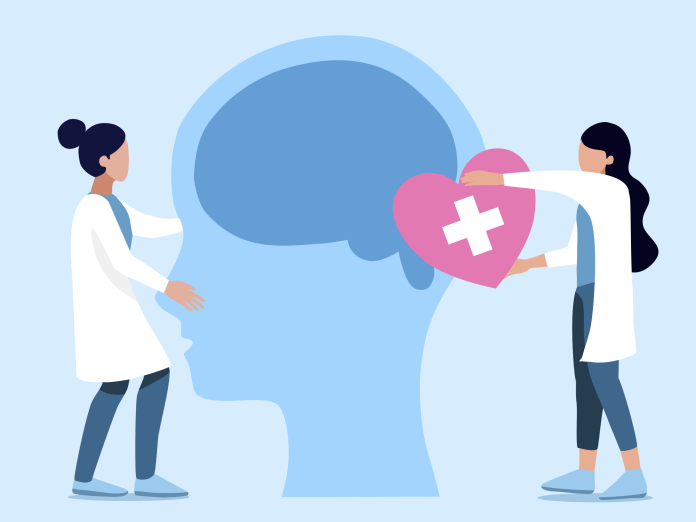 One in three senior citizens will develop dementia or Alzheimer’s Disease. But that doesn’t mean we all face serious cognitive decline due to aging. You can take steps to protect your cognition now and in the future. And in the meantime, taking care of your brain also means you’re more likely to enjoy better mental health — if you treat your brain well, it will do the same for you.

Diet is one of the most important things you can do to promote good brain health, says neurologist Reina Benabou. Most research shows that a Mediterranean diet in particular improves cognition. This includes ample fruits and vegetables as well as nuts, seeds, legumes, whole grains, fish, olives and olive oil, meats eaten in small portions and red wine in moderation. On the other hand, excessive alcohol is a “direct hit” to cognition, she says. Over time, drinking too much is one of the worst things you can do for brain health because it damages tissue and brain cells. It can also cause mental health issues like depression and anxiety.

Blood Flow to the Brain

“A Mediterranean diet is rich in antioxidants, good proteins and healthy fats all of which promote a healthy body so that your brain gets good blood flow,” says Benabou, head of medical affairs for Janssen Neuroscience. “One of the main causes of cognitive decline is the clogging of arteries. The better fats you choose, the less likely this will occur. Additionally, antioxidants help to preserve brain cells so they’re not damaged over time.”

More and more research is also showing that not only is exercise important for your cardiovascular health, it’s equally critical to your cognition. The reason is twofold: For starters, exercise releases good chemicals from the brain including the neurotransmitters dopamine, noradrenaline and serotonin. These chemicals reduce your risk of anxiety and depression, both of which have a negative impact on your brain. What’s more, when you’re in a better mood, you’re more likely, says Benabou, to make positive decisions about what you eat and how you take care of yourself.

Additionally, as with a Mediterranean diet, exercise promotes blood flow to the brain and reduces inflammation in the body, both of which are important for good brain function. When the arteries aren’t running as efficiently that means that brain tissue may become damaged.

“It’s like having a car accident that blocks the flow of traffic, when your arteries are filled with bad fats and cholesterol the brain cells won’t get the oxygen they need. And once the brain tissue is damaged, it won’t recover,” says Benabou.

Beyond diet and exercise, the other big piece of the brain health puzzle is sleep, says Benabou. While we’re snoozing, the lymphatic system cleans the metabolites that have accumulated on the brain during the day. “Different types of dementia result in the accumulation of various types of metabolites on the brain and while this is partially genetic and the cause of some brain degeneration, many metabolites can be cleansed from the brain while you’re sleeping,” she says.

Neurologist Christian Andres Rosado of Orlando Health agrees. “Sleeping well each night is essential to healthy brain function, brain preservation and decreasing the risk for brain injury through conditions such as hypertension, stroke and heart disease,” he says.

Those with sleep apnea need to be particularly vigilant. “Sleep apnea can be harmful to the brain and increases the risk of stroke and heart attack if not managed by a health care provider,” says Rosado. Sleep apnea can break down the blood-brain barrier that keeps bacteria from reaching the brain and doing permanent damage.

Research has also shown that remaining socially active as you age helps keep your brain in tip-top condition. Loneliness can set off the brain’s “fight or flight system” because when we’re alone we go into self-preservation mode and evidence suggests that this stress decreases neural connectivity in the hippocampus and the prefrontal cortex, which can cause cognitive decline.

Certain brain diseases are spontaneous and not dependent on lifestyle, but we can do a lot to protect our brains, says Rosado. Cognitive decline doesn’t have to go along with aging and in the meantime, taking care of your brain lifts your mood and helps you look and feel your best.

Tunisia and Australia make one change each ahead of World Cup...

‘Living in a nightmare’: Kyiv families without water or electricity in...

THE TERRACE OF THE CHARLES HOTEL HAS BEEN TRANSFORMED INTO A...