Home Culture ‘I am not a liar’: Miley Cyrus hits back at cheating rumours 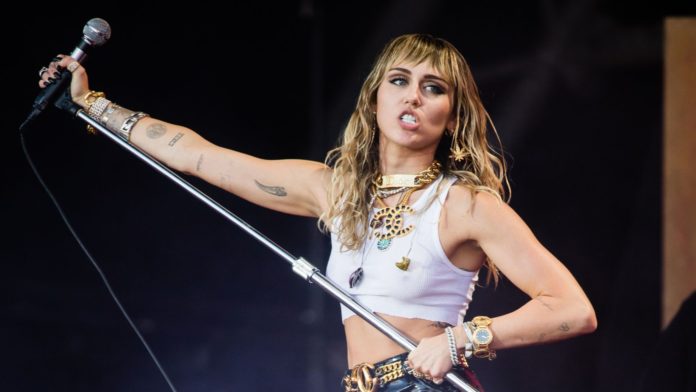 Miley Cyrus has denied cheating on actor Liam Hemsworth, who is seeking a divorce from the Wrecking Ball singer after seven months of marriage.

Writing on Twitter, the 26-year-old said there were “NO secrets to uncover” and that she was “committed” to the 29-year-old Australian while she was with him.

“What I cannot accept is being told I’m lying to cover up a crime I haven’t committed. I have nothing to hide,” said Cyrus in an 11-tweet-long thread.

She went on to list some of the mistakes she said she had made, including “[cheating] in relationship when I was young” and “[swinging] on a wrecking ball naked”.

“There are probably more nudes of me on the internet than maybe any woman in history,” she added.

“But the truth is, once Liam & I reconciled,I meant it, & I was committed. There are NO secrets to uncover here. I’ve learned from every experience in my life. I’m not perfect, I don’t want to be, it’s boring. I’ve grown up in front of you, but the bottom line is, I HAVE GROWN UP.

“I can admit to a lot of things but I refuse to admit that my marriage ended because of cheating. Liam and I have been together for a decade. I’ve said it before & it remains true, I love Liam and always will.”

The Twitter posts follow Hemsworth, who stars in the Hunger Games series, filing for the dissolution of his marriage to the pop star in Los Angeles on Wednesday.

The actor’s lawyer cited irreconcilable differences as the reason for the split.

Cyrus and Hemsworth, who announced they were separating on 10 August, were together on-and-off for more than a decade before they tied the knot in December last year.

They do not have any children but in a statement announcing their separation, they said they would remain “dedicated parents to all of their animals they share”.

Concluding her flurry of tweets on Thursday, Cyrus wrote: “I had to make a healthy decision for myself to leave a previous life behind. I am the healthiest and happiest I have been in a long time. You can say I am a twerking, pot smoking, foul mouthed hillbilly but I am not a liar.

“I am proud to say, I am simply in a different place from where I was when I was a younger.”