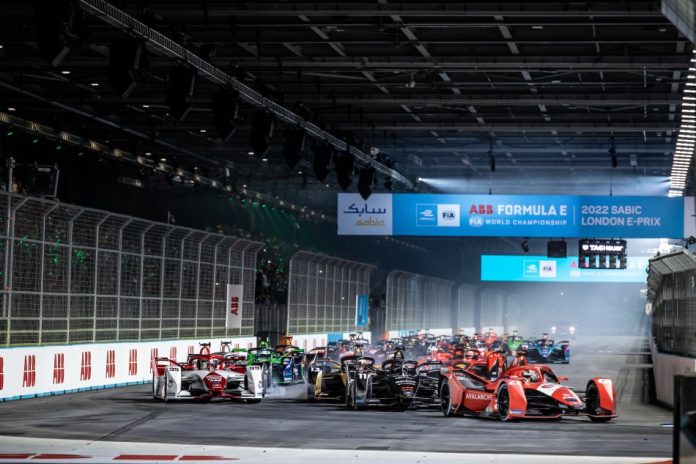 The East Asian nation will stage the eagerly-anticipated dénouement in the battle for 2021/2022 ABB FIA Formula E World Championship glory, as four drivers bid to be the Seoul survivor in the title chase…

After 14 races across four different continents over the past seven months, it all comes down to this – a high-stakes double-header in South Korea this weekend (13/14 August) to decide the destiny of the 2021/2022 ABB FIA Formula E World Championship laurels, as the final four title protagonists go for gold in Seoul’s Olympic Park.

Thanks to the efforts of Formula E and the local National Sporting Authority (KARA), the inaugural Hana Bank Seoul E-Prix will take place on the 2.618km, 22-turn Seoul Street Circuit, which weaves in and around the Seoul Olympic Stadium and Sports Complex – a venue that famously staged the 1988 Summer Olympic Games. Thirty-four years on, it will play host to another history-making occasion, with Formula E’s 100th race on Sunday, the end of the memorable Gen2 era – and the coronation of the all-electric single-seater series’ eighth champion.

While mathematically, four drivers remain in contention to clinch the coveted crown, realistically it is now Stoffel Vandoorne’s to lose. With a 50 per cent podium strike rate so far this season – including a masterful victory in Monaco – the Mercedes-EQ star has been on impressive form indeed, and he arrives in South Korea holding a commanding 36-point advantage at the top of the table with only 58 remaining up for grabs.

The Belgian benefitted from a sizeable stroke of good fortune in the second London E-Prix, when closest rival Mitch Evans (Jaguar TCS Racing) – who looked set to outscore him and thereby reduce the deficit – was forced out in the closing stages due to mechanical failure. With three triumphs to his credit to-date in 2021/22, the New Zealander’s raw pace and expert racecraft are certainly not in question, but he has a mountain to scale this weekend if he is to pip Vandoorne to glory.

Similarly still in the reckoning are ROKiT Venturi Racing’s Edoardo Mortara – who led the way earlier in the campaign – and double champion Jean-Éric Vergne (DS TECHEETAH). The Swiss ace appeared to be title-bound as he went on an imperious mid-season run from Berlin to Marrakech, but having tallied just a handful of points since, he is in need of a dramatic change of fortunes on the streets of downtown Seoul.

Vergne has even more work to do. With no finish higher than 14th and a brace of retirements from the most recent four E-Prixs, the Frenchman effectively requires a maximum score in South Korea if he is to secure a third career crown, while hoping Vandoorne picks up no more than a single point.

The championship-chasing quartet, however, are far from the only likely contenders for the top step of the rostrum this weekend, with the remaining 18 drivers in the field all eager to sign off Season Eight in style before the advent of Gen3.

Vergne’s DS TECHEETAH team-mate – 2019/20 title-holder António Félix da Costa – has been steadily climbing the order over the second half of the campaign, and a late bid for the runner-up spoils in the standings is not inconceivable should some of his adversaries falter.

By the same token, ROKiT Venturi Racing’s Lucas Di Grassi right behind in sixth is the darkest of dark horses. Having prevailed in London last time out, another victory for the ultra-experienced Brazilian – champion in 2016/17 – would move him clear of Sébastien Buemi in the Formula E record books as the series’ winningest driver.

Envision Racing’s Robin Frijns sits just a point behind Di Grassi in the current classification, as the Dutchman – four times a podium-finisher in 2021/22 – continues to search for his first win since 2019, and while compatriot Nyck de Vries’ hopes of successfully defending his hard-fought crown may now be over, the Mercedes-EQ man was a consistent front-runner in London so will be hopeful of ending his season on a high.

Jake Dennis’ stunning weekend on home soil in the British capital has vaulted the Avalanche Andretti ace into the top ten in the championship table – momentum he will be bidding to maintain in Seoul – but countryman Sam Bird will not be present in South Korea, with a broken hand ruling him out of the action as series returnee Norman Nato slots into his seat at Jaguar TCS Racing.

Nick Cassidy has been arguably Formula E’s form driver in recent races, with a breakthrough triumph for Envision Racing in New York and another rostrum result in London, where Sérgio Sette Câmara unleashed a heroic performance to register Dragon / Penske Autosport’s first points of the campaign after featuring as high as third.

Mahindra Racing’s Alexander Sims, meanwhile, produced a similarly giant-killing display en route to fourth place in New York, and the Briton will bid farewell to the series at the end of this weekend.