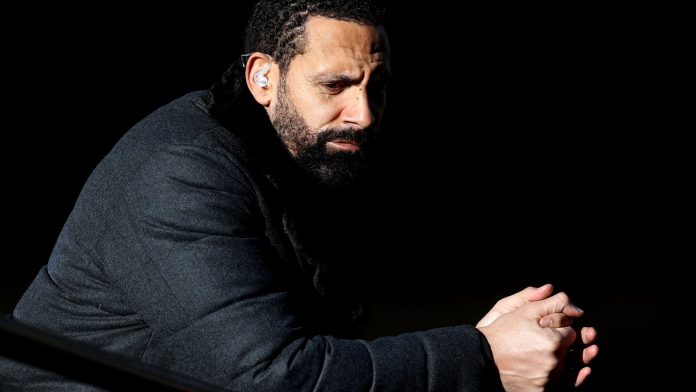 Ferdinand alleged a fan abused him while working for BT Sport at Wolves vs Manchester United in May 2021; Jamie Arnold, 31, was accused of causing racially aggravated harassment, alarm or distress to Ferdinand; the jury was discharged on Tuesday due to legal reasons

The jury in the trial of a Wolverhampton Wanderers football fan accused of racially abusing former England defender Rio Ferdinand has been discharged by a judge for legal reasons.

Jamie Arnold had been accused of causing racially aggravated harassment, alarm or distress to Mr Ferdinand by using “threatening, abusive or insulting” words or behaviour towards him.

The incident is alleged to have happened during the first half of the Wolverhampton Wanderers versus Manchester United match at Molineux on May 23 last year.

During the prosecution’s opening at Wolverhampton Crown Court on Monday, footage was played to jurors, allegedly showing the 32-year-old making a racist gesture.

Ex-Manchester United player Mr Ferdinand, working at the game as a television pundit for BT Sport, gave evidence from the witness box on Monday, saying although he noted the man’s “more aggressive body language”, he did not see a monkey gesture or hear any abuse. Arnold has denied any wrong-doing.

Judge Simon Ward discharged the jury part-way through second day of the trial, on Tuesday.

A retrial of Arnold, of Norton Bridge, near Stone, Staffordshire, is expected to be held at the same court in due course, although a date has yet to be fixed.